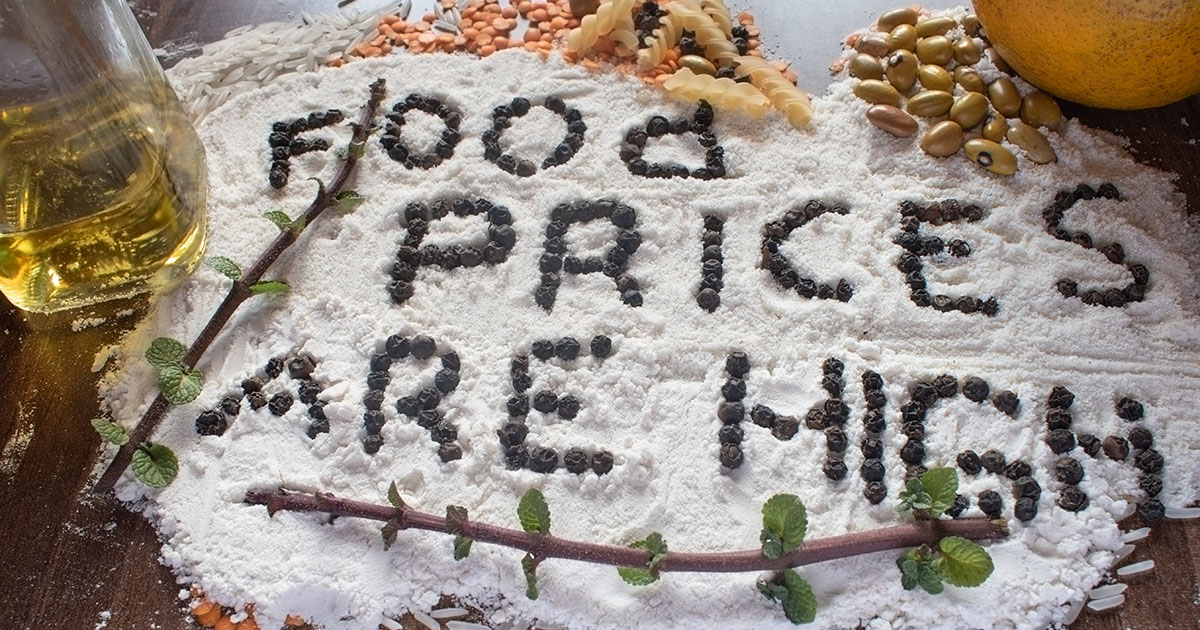 The conflict in Ukraine has changed global trade, production, and consumption patterns of commodities in ways that will prolong prices at historically high levels until the end of 2024, aggravating food insecurity and inflation, according to the World Bank’s April 2022 Commodity Markets Outlook. Much while food costs were already high before the conflict, they are now rising even faster. Wheat, maize, edible oils, and fertilizers are the commodities that have been most negatively impacted. Global commodities markets are subject to upside risks from the following sources: a decline in grain supply, an increase in energy costs, a rise in fertilizer prices, and a disruption in the trade as a result of the closure of important ports (World Bank, 2022).

A significant issue in the next months will be access to fertilizers, which might have an influence on food production across several crops in many places. A significant portion of fertilizer exports—38% of potassic fertilizers, 17% of compound fertilizers, and 15% of nitrogenous fertilizers—come from Russia and Belarus. The heads of the World Bank Group, International Monetary Fund, United Nations World Food Programme, and World Trade Organization jointly stated on April 13, 2022, urging the international community to take immediate action to combat food insecurity, maintain trade freedom, and support vulnerable countries, including by providing financing to address the most urgent needs (World Bank, 2022).

Nutrition, food security, wars, climate change, ecosystems, and health have all been considered separate problems for far too long. However, these issues facing the world are intricately linked. Hunger results from conflict. Conflict gets worse due to the climate problem. The epidemic and uneven resource distribution for recovery exacerbate economic instability. Systemic in nature, these issues are escalating. Years of advancement against hunger are being undone. Between 2000 and 2016, hunger progressively decreased across all areas. However, in recent years, it has dramatically grown. In 2020, one in five Africans—more than 281 million people—were undernourished. Stunting affects 61 million African children, and it can have a long-term negative impact on both their physical and mental health (UN Secretary-General António Guterres). 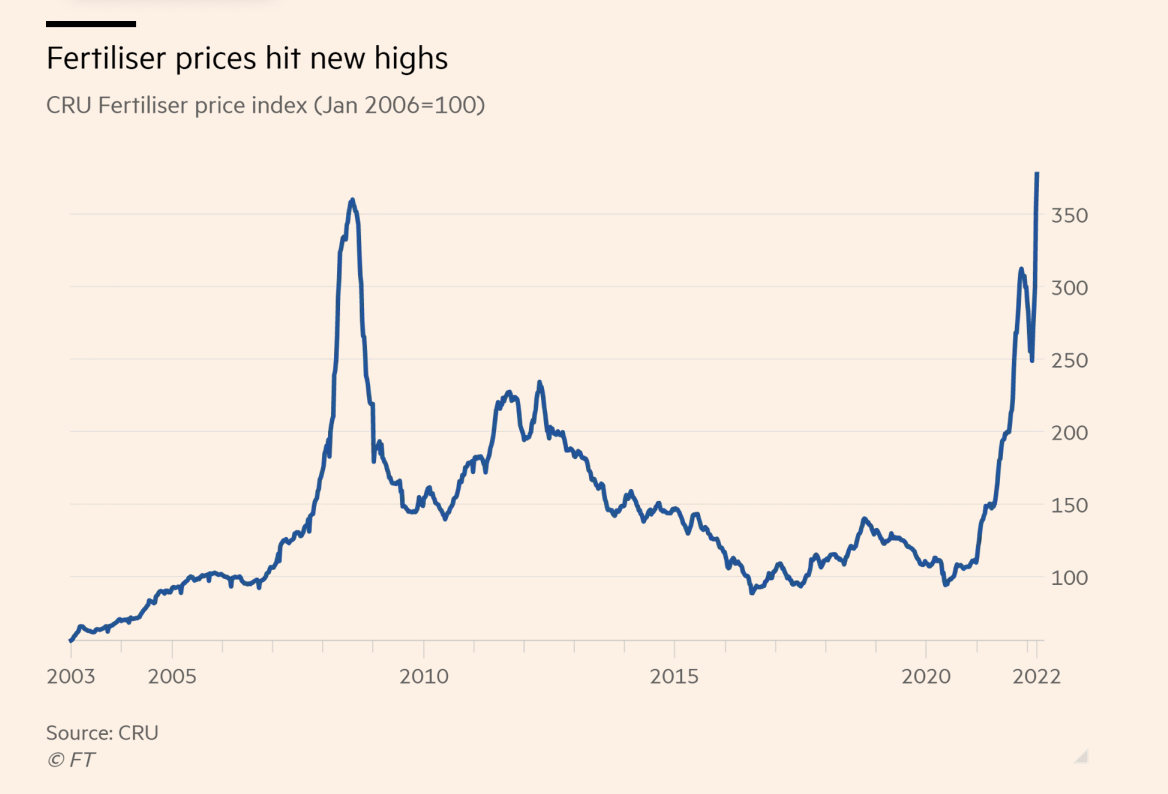 Africa’s Policy Priorities for Food Security and Nutrition was held on May 11, 2022, and co-hosted by the Wilson Center’s Africa Program and Environmental Change and Security Program, the American Department of State, and the African Union Commission. Despite improvements in food security and nutrition made in Africa through the Comprehensive Africa Agriculture Development Program (CAADP), Dr. Monde Muyangwa noted that the African Union has proclaimed 2022 the Year of Food Security and Nutrition. She also pointed out that despite this, problems with hunger, food insecurity, and nutrition still exist. To effectively address issues of food insecurity and malnutrition, a continent-wide strategy is required. This need has been underscored by global and regional conflicts, climate change, and the COVID-19 pandemic (Wilson Center Africa Program, 2022).

The Malabo Declaration’s goal of eradicating hunger by 2025 has seen tremendous progress. But many members are not on schedule to meet their goals, and the COVID-19 epidemic and the Russia-Ukraine situation have caused several nations to reverse their advances. Africa saw a 46 million rise in the number of malnourished persons between 2019 and 2020. According to H.E. Cessouma Minata Samaté, other difficulties include a rise in the number of individuals unable to purchase a portion of nutritious food, greater prevalence rates of stunting, wasting, anemia, and obesity (Wilson Center Africa Program, 2022).

Mr. Green, the President and CEO of the Wilson Center, emphasized that the discussion took place at a critical time as climate extremes, the pandemic, and conflicts, including Russia’s war against Ukraine, have threatened Africa’s food systems. He noted the progress that African countries have made in recent years in strengthening their food systems and accelerating human development. Africa-led strategies and priorities must receive increased U.S. assistance to meet these problems, which call for continental responses. He mentioned recent initiatives taken by the American government, including the use of emergency powers by USAID to use more than 280 million dollars from the Bill Emerson Humanitarian Trust to support emergency food operations, including those in five African nations, and the organization of a UN Security Council (UNSC) debate to address conflict and food security-related issues (Wilson Center Africa Program, 2022). 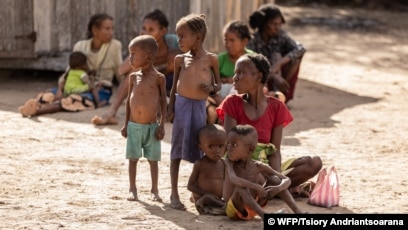 A productive and resilient agriculture sector, according to Dr. Jim Barnhart, can mitigate the consequences of climate change and geopolitical shocks. Agriculture is a key engine of economic growth. However, to achieve such productivity and resilience, inclusive and fact-based policy decisions are needed. According to Mr. Barnhart, the United States plans to invest $5 billion over the following five years through Feed the Future in food security and nutrition. Feed the Future will boost climate-smart agriculture, expand access to healthy food, and encourage inclusive agriculture-led growth. Additionally, over the next three years, the United States will contribute up to 11 billion dollars to combat worldwide hunger (Wilson Center Africa Program, 2022).

To address these issues, the AU identified policy priority areas, such as enhancing data management and information systems in collaboration with the AU Statistical Institute and increasing investment in nutrition by collaborating with African leaders to push for greater commitment and domestic resource mobilization. Regarding investments in nutrition, Amb. Samaté cited research from the AU that connected the financial and social implications of child undernutrition and underlined the need for enhanced funding and cross-sectoral cooperation (Wilson Center Africa Program, 2022).

By collaborating with organizations like the African Development Bank (AFDB), the New Partnership for Africa’s Development (NEPAD), regional economic communities, and bilateral and multilateral partners, the AU also hopes to strengthen relationships and increase institutional capacity. To strengthen responsibility, the AU introduced an accountability scorecard in 2019. It collects nutrition data from member states. The AU will also begin publishing a nutrition report in 2022 to track member state commitments. Amb. Samaté emphasized the need for an enabling environment at the national and local levels, including, among other things, safe water and sanitation, women’s education and empowerment, and enough food quality and quantity (Wilson Center Africa Program, 2022).

According to H.E. Ambassador Josefa Sacko, a series of shocks to the food system have caused a food security and nutrition crisis in Africa. Both Africa’s vulnerability and possibilities to solve fundamental, systemic issues have been revealed by these shocks. She pointed out that the AU plan aims to concentrate efforts on creating resilient food systems for the future, rather than being largely reactive. She listed the AU’s top five priorities. Increase food production first, focusing on staples. Second, decrease post-harvest food losses to increase food availability and lower the carbon footprint of production. Third, spend money on climate-smart agriculture so that farmers in Africa can use climate-smart technology. Promote inter-African commerce in services and agriculture through the African Continental Free Trade Area, as the fourth step. Fifth, to improve mutual responsibility and identify areas for member states to concentrate on in agricultural transformation, the CAADP yearly review process should be strengthened (Wilson Center Africa Program, 2022).

In collaboration with the Forum for Agricultural Research in Africa (FARA) and the CGIAR System Organization, the African Development Bank 2021 and the International Fund for Agricultural Development (IFAD) promised to work closely with African leaders to address the continent’s rising hunger and secure adequate funding to transform and modernize its food production. “One of the most important steps in addressing Africa’s agricultural and food security demands is getting new, suitable technology into the hands of African farmers. We will face severe food shortages on the continent unless we demonstrate a strong collective will and translate aspiration into reality,” said African Development Bank President Dr. Akinwumi A. Adesina. “Rapid urbanization, population increase, and continued climate change will ensure this. If nothing was done, the implications would be disastrous” (African Development Bank).

Gilbert F. Houngbo, the president of IFAD, stated that “Africa can feed both itself and the world.” “Agriculture has the potential to become a dynamic and successful industry that produces employment and provides livelihoods for small-scale farmers and rural people, in particular for millions of young Africans entering the job market,” said the UN Food and Agriculture Organization (African Development Bank).

Despite difficult conditions, strengthening the food systems in Africa provides a genuine opportunity to not only combat food poverty and make sure that everyone has enough to eat, but also to create more employment, advance commerce, and boost resilience. The agricultural and food sector will continue to be crucial for economic growth and job creation since it will account for around 15% of the GDP of countries in Eastern and Southern Africa in 2020. Even larger proportions of the populace were employed in agriculture in several countries in 2019: 86% in Burundi, 80% in Somalia, 76% in Malawi, 70% in Mozambique, and 66% in Ethiopia and Zimbabwe. As a result, expanding the agricultural sector has a great potential to provide possibilities and income for people in the entire region. People with stable jobs are also better equipped to handle shocks without having to cut back on their food budget (African Development Bank).

As the population rises and cities develop, there will likely be a large increase in the need for food goods. Currently, 38 percent of Eastern and Southern Africa’s GDP comes from the food and beverage sector. The value of food is anticipated to rise by 800% by 2050, while commerce in processed foods may rise by up to 90% over that time. Additionally, increasing commerce not only broadens economic prospects but also contributes to the stabilization of food access and availability in the region. Other nations can increase their exports to fill up the gaps when one country faces a climatic shock, such as the present drought in the Horn of Africa or the regular cyclones that impact Madagascar (African Development Bank).

Innovation has the potential to significantly increase agricultural output and climate resilience. If more effective farm inputs and production techniques, improved water, and soil management, and ecosystem restoration are implemented across Eastern and Southern Africa, agricultural productivity might rise by up to 2-3 times. Digital methods for tracking climate hazards can predict when climatic shocks will start to occur and help with developing resilience. Drones, automated watering systems, and sensors for the soil may all increase productivity (Holger Kray, 2022).

Agro-industrial and agribusiness services must be included in larger policy and strategy frameworks alongside farming to increase agricultural production in Africa. The reform of the agricultural system will be most effective when innovators explicitly believe that the green revolution and the growth of the agro-industrial and agribusiness sectors must coexist. This viewpoint will lead to innovations that lessen poverty through broad-based economic growth, which includes improved food security, the creation of jobs, and added value and wealth across the farming and non-farming sectors of the economy.