Although the African textile market is diverse, cotton seems to be a constant. Currently, cotton is grown and sold in a large number of African nations. With 450,000 Africans employed in the cotton industry alone, six of them cultivate cotton under the brand “Cotton created by Africa,” which is also one of the largest employers. But their textile sector is not limited to the production and sale of cotton.

By offering hemp to aeronautics businesses for their goods, South Africa has also entered the technical textiles market. Additionally, textile factories are beginning to emerge in nations like Ethiopia, providing jobs for people and aiding companies seeking to avoid rising labor costs in nations like China. Due to lower rates and a workforce that can sustain them, companies like H&M have opened mills in Africa. The cotton that is grown and harvested in Africa is also used to make products like thread and yarn for international markets (Mordor Intelligence).

Although China and India currently produce the most textiles, “made in Africa” is becoming more popular. Ethiopia is portraying itself as a leader in establishing a textile sector in East Africa as many companies shift their production from Asian to African nations. African patterns, textiles, and clothing are becoming more and more in demand both on the continent and abroad. The market for clothes and footwear is currently valued at USD 31 billion in sub- Saharan Africa. Over the projection period of 2019-2024, the textile industry in Africa is anticipated to expand at a CAGR (Compound Annual Growth Rate) of 5%. (Ellen MacArthur Foundation).

Although China continues to be the undisputed global leader in textile production, and African textile production capacity is still minuscule in comparison, foreign investment, investor confidence in the continent’s manufacturing and design capabilities, and the growing fashion industry are the primary drivers of the continent’s booming textile industry (Times of Africa).

Compared to China’s $177 billion in garment exports, East Africa (Ethiopia, Kenya, Tanzania, and Uganda) had a $337 million total in 2013. Statistics also show that 62% of the continent’s total exports were in primary form, demonstrating the importance of industrialization in the continent (Times of Africa). 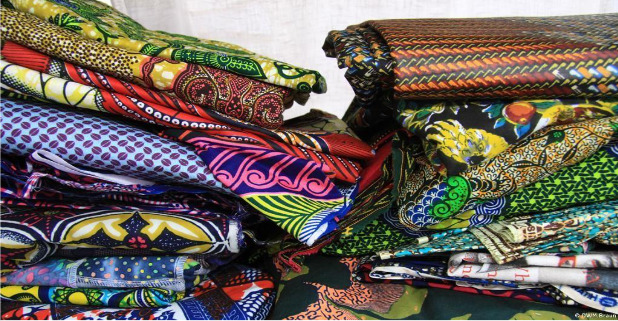 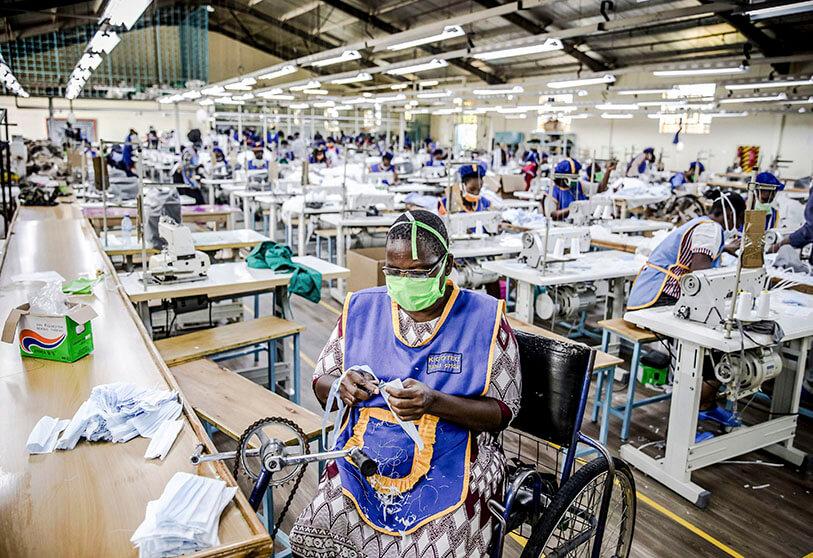 The production of value-added benefits and jobs in the textile and apparel sector is quite promising. Along the cotton value chain, which includes cotton production, spinning and twisting into yarn, weaving, knitting into the fabric, dying, printing, and designing, up to 600% of value can be created. From production to marketing, the fashion business is a hugely lucrative sector where new employment and revenue can be generated at every stage. Additionally, this sector is predominately made up of micro, small, and medium-sized businesses (MSMEs), which may quickly create respectable jobs, both skilled and unskilled, particularly for young people and women. (AfDB, 2018).

According to UNIDO, women have worked to preserve and promote rich cultural traditions in communities all around the world. Investing in their skill development results in increased economic output and independence, which can help the communities on the social and political fronts. We see significant possibilities for economic empowerment in both rural and urban regions since women are actively involved throughout the entire fashion value chain. 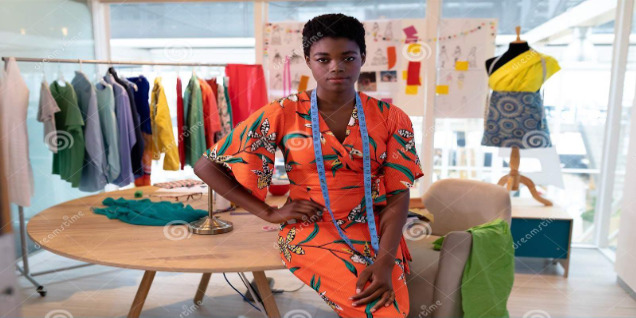 UNIDO views this particular sector as a fantastic way to promote local content and identity in addition to value-added advantages and employment generation. Africa must fully utilize its skilled labor force as it embraces industrialization. Each economy must improve its infrastructure, regional integration, regulatory environment, and access to finance to fully benefit from the regional and global value chains.

To take advantage of the uniqueness of African regions and facilitate long-term, structural transformation, incoming investments must involve local actors and craftspeople. The informal sector still accounts for the majority of the textile and apparel value chain as of now. By encouraging their incubation, expanding access to finance, and connecting them to other producers, suppliers, and retailers, development actors have a great chance to give small enterprises the infrastructure they need to make the move to the formal economy (UNIDO).

The COVID-19 pandemic would disrupt global value chains and harm African enterprises. Production, sales, and trade of textiles have already been impacted by the epidemic and international economic sanctions. Because of the shutdown, e-commerce and online purchasing have significantly increased. Although a significant and quickly expanding product category in e-commerce, textiles are a somewhat specialized online market (Mordor Intelligence).

On May 18, 2000, the US Congress passed the US Trade and Development Act of 2000, which included the African Growth and Opportunity Act (AGOA) as part of it. Since its passage, eligible countries like Kenya, Malawi, Lesotho, Equatorial Guinea, Gabon, Zimbabwe, and the Gambia, among others, have continued to see tangible results and have experienced great success (Mordor Intelligence).

Through AGOA, the US opened its market to African goods, with textiles accounting for the majority. Under AGOA, sub-Saharan exporters of apparel are given duty-free access to the U.S. market, giving them a significant advantage over non-eligible members like Asian nations.

This lowers the cost of production, giving the U.S. market a better choice for African textile products like infant clothing, grey fabrics, spun cotton yarn, wool, and ginned cotton, among others. Compared to other continents like Asia and Europe, these goods have the greatest potential for competitive manufacture in Sub-Saharan African countries, either for direct export or for use in the creation of garments for export to the United States later (Mordor Intelligence).

Africa’s textile exporters and manufacturers heavily rely on the effects of the new trade laws that went into effect in January 2005. By eliminating a quota system in industrialized nations, the rules, which were negotiated at the World Trade Organization (WTO), opened up a sector that had been protected for more than 30 years to market forces, creating a ready market for textiles and apparel from Africa and other developing countries (Mordor Intelligence).

African patterns are also becoming recognized as truly fashionable and classic pieces, and there is a growing demand for African textiles and apparel on a global scale. African influences are becoming more and more prevalent in the most recent collections from international fashion businesses.

African consumers are a developing market for global textile manufacturers as well as a new source of labor. Africa must soon industrialize to capitalize on the clear and rapid increase in its role in the global fashion value chain. We need to add value to whatever we manufacture and export finished fashion products rather than importing second-hand clothing and exporting volatile raw materials (AfDB, 2018).

Ethiopia is a good illustration. The country is investing in industrial parks to boost textile production and productivity and to establish a heavy industry that will enable its full industrialization by 2025. The goal is to generate USD 30 billion in export revenue from the textile apparel and accessories (TA&A) sector by 2030. Almost 80% of the people working in Ethiopia’s apparel business are women, according to The Bank’s Fashionomics Africa Report.
Along with Ethiopia, several nations in North Africa and South Africa have seen growth in the garment industry, but much of the remainder of the continent still has a ways to go.

The Africa Development Bank is promoting value chain development through focused strategies. Consider Madagascar, where the Bank contributed over $10 million to the Investment Promotion Support Project to assist the textile sector there. This project contains a US$ 2 million Textile Sector Promotion Support Fund that offers technical help to 50 MSMEs (40% led by women) for the improvement of fundamental procedures and technologies and the strengthening of organizational capacity.

Following a trip to the African nation by a delegation of business officials arranged by the International Trade Centre, major Chinese textile companies are expanding their sourcing and investment ambitions in Ethiopia. China has grown significantly in importance as a source of finance for African economies over the past 20 years, particularly Ethiopia’s young but rapidly expanding industrial sector (Mordor Intelligence). 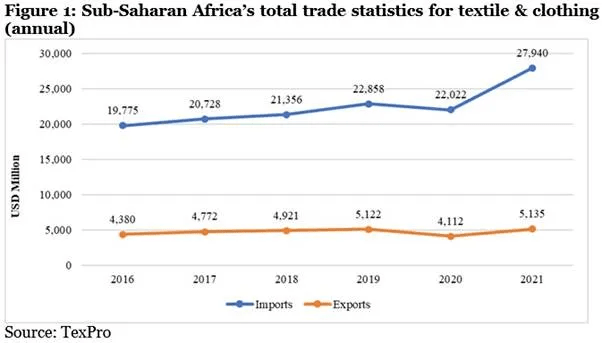 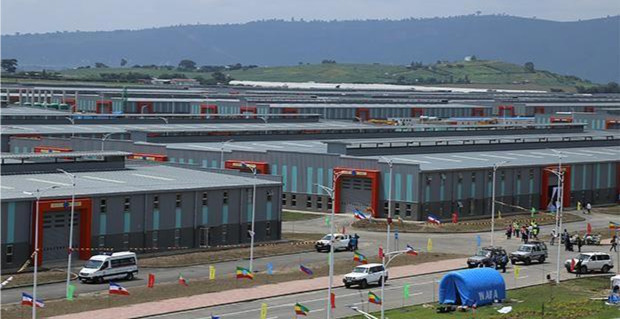 In 2018, the Ethiopian partners of local textile enterprises, the directors of the Ethiopian Textile and Garment Industry Association, as well as senior government officials, investigated investment partnerships and signed sourcing agreements with them. The Chinese delegates were delighted with Ethiopia’s improvements to its infrastructure, including its roads, railroads, and power, but they advised that the country might become even more of an investment destination by increasing labor productivity and reducing logistics costs (Mordor Intelligence).

The textile industry in Africa is dominated by large international businesses. Few of the big competitors now control the majority of the market in terms of market share. However, mid- size to smaller businesses are growing their market presence by gaining new contracts and tapping into new markets as a result of technical improvement and product innovation. 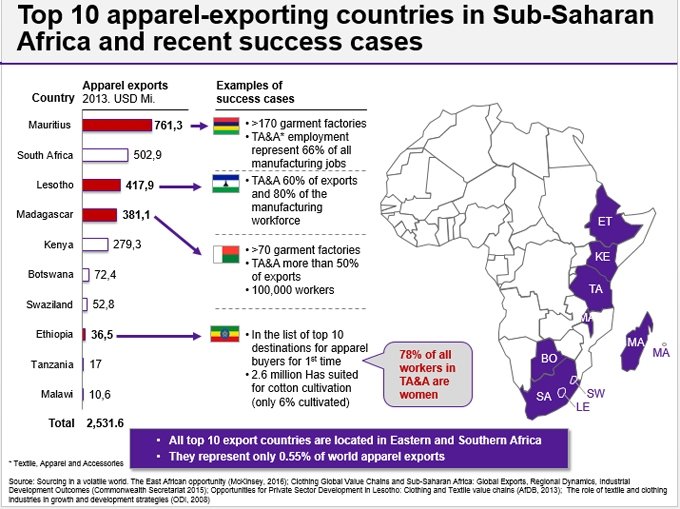 According to a report from February 2022, Truworths is introducing Primark, a new bargain fashion chain. In the coming months, Truworths intends to open about 15 Primark locations, with a 100m2 store on average during the initial trial phase. These will be a mixture of independent shops and those housed inside already-existing Truworths-owned establishments. With the opening of Primark, Truworths, which also owns Identity, YDE, Uzzi, and Earthchild, appears to be aiming to take advantage of the expansion potential in the lower-priced clothing industry (Mordor Intelligence).

The Africa Development Bank is also launching its Fashionomics Africa program in this context. Fashionomics Africa(le lien est externe), a pan-African program that is already operating in Cote d’Ivoire, Nigeria, Kenya, South Africa, and Kenya, aims to strengthen the value chain of the fashion industry by investing in the African textile, apparel, and accessory sector and enhancing its visibility on the global stage. The objective is to unite and solidify each link in the supply chain, from primary material suppliers and producers to manufacturers, distributors, and, of course, investors. Fashionomics Africa, with an emphasis on MSMEs, aims to promote a setting that generates high-quality employment and entrepreneurial possibilities, with improved access to funding, startup incubation, and acceleration, particularly for women and young people.

The Fashionomics Africa Masterclass is one part of the initiative, which aims to give business owners and designers the skills necessary to develop a fashion brand from conception to completion. In Masterclasses held in Nigeria, South Africa, and Ethiopia, more than 500 entrepreneurs working in the textile, fashion, and accessory industries took part. Approximately 65% of trainees were female.

Africa is showing signs of developing a strong textile industry, which might have significant positive effects on job creation and skill development. While avoiding the limitations of the existing linear system that adversely affects people’s well-being and the environment, a circular economy holds the key to a thriving, inclusive, and resilient fashion sector. African entrepreneurs, designers, and tailors are setting the standard for circular business models and fashion talents (Ellen MacArthur Foundation).

Creating a textile mill is still a successful venture across the continent since there is a ready supply of labor and skilled workers. Locals in the area make a solid living by growing and selling cotton. According to estimations, the cotton sector mostly consists of micro, small, and medium-sized businesses and employs more than 400000 people (MSMEs). There are both expert and unskilled laborers employed. 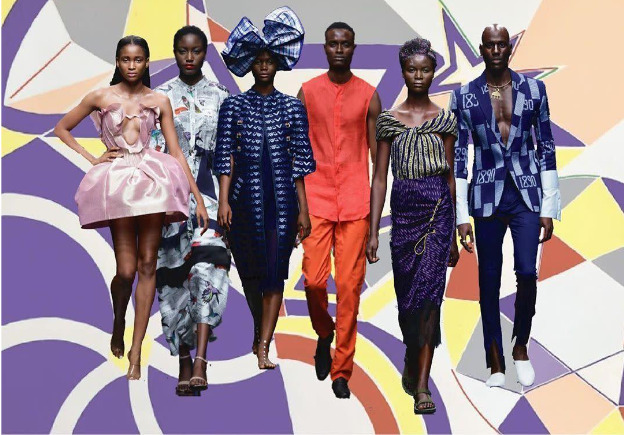 According to the Times of Africa, the African textile sector can develop and prosper further in the following two ways based on current industry trends:

However, in both of the aforementioned situations, the African governments will need to step up their efforts to create new local infrastructure while assuring an uninterrupted electricity supply.

The textile and apparel sector offers a special opportunity for nations looking to advance industrialization. If it is focused on exports, the industry can provide foreign exchange by helping to diversify the economy (AGOA). The key to success will be ensuring that local craftsmanship and content are utilized and fairly rewarded throughout the value chain, which includes industrialization. This lays the groundwork for a quicker and more sustained structural transformation of African economies.