With 60 % of the world’s fertile land, Africa has the ability to fulfill not just its own, but also the rest of the world’s food demands. Agriculture is one of the continent’s most significant economic sectors, employing around two-thirds of the working population and accounting for 30 to 60 % of GDP and 30 % of export value in each country. Subsistence agriculture supports over 65 % of Africa’s population. When there isn’t much left for trade, the surplus is frequently saved to the family until the next season.

Natural resources, and their effective and optimal utilization, will be key to the future of modern agriculture in Africa. Agricultural productivity development in Africa will need to guarantee that, while farmers utilize rainfall for row crops, irrigation capability may be deployed through the use of efficient irrigation systems. In 2021, the United Nations Food Systems Summit (UNFSS) has elevated food system change to the forefront of international debate. Internationally, the concepts of resilience, sustainability, and “green growth” have also acquired significant appeal. A global consensus is growing that constructing resilient and sustainable economies is important to our livelihoods, employment, and even the health of the planet.

This necessitates the blending of current science with local knowledge in order to increase the resilience and sustainability of food systems. Improved seed types produced by contemporary technologies are very necessary for Africa’s food systems to be sustained. Africa’s seed production systems must expand. Increased usage of fertilizers at the right dose for the crops and situations is also recommended. The continent’s own fertilizer production and delivery networks must be improved. Sustainable agricultural and livestock methods, as well as agro-forestry systems, are as diverse as African terrain and farming systems, according to Joachim von Braun, Professor at Bonn University in Germany. 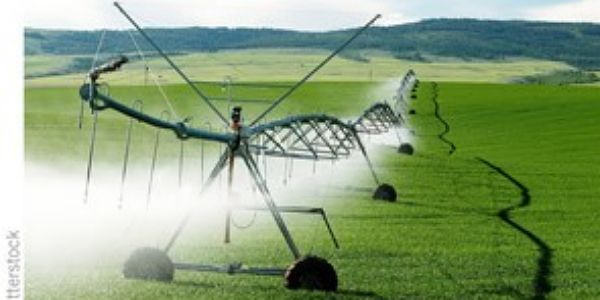 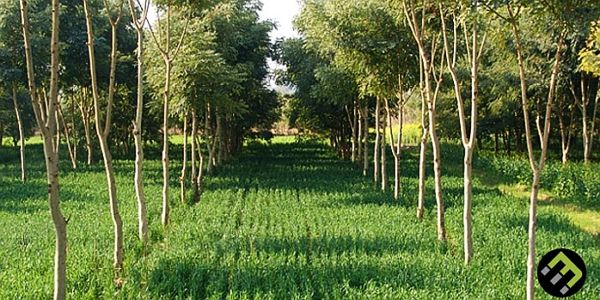 The extensive use of fertilizers is critical to increasing agricultural output in Africa. Despite recent increases in both sales and production, use remains well below the world average and far below the objectives established by regional governments and multilateral organizations. Their use, on the other hand, should be prudent and sustainable.

Africa is making strides. It has evolved swiftly in the first two decades of the twenty-first century, and many of these advances, such as those in GDP per capita, poverty rates, health, life expectancy, education, and agriculture, have been mutually reinforcing. A substantial association exists between agricultural expansion and GDP in the majority of African countries. Since 2000, the region has had the fastest rate of increase in agricultural output value (crops and livestock) of any region in the world, rising by 4.3 % per year in inflation-adjusted US dollars between 2000 and 2018, virtually double the previous three eras. Over the same time span, the global average was 2.7 % each year (World Bank, 2021). Agricultural value added per worker in real 2010 USD increased from $846 in 2000 to $1,563 in 2019, representing a 3.2 % annual growth rate that has expanded employment and wellbeing in the rest of the economy.

The potential of a unified market under the African Continental Free Trade Area (AfCFTA) with more than a billion customers and a combined GDP of more than $2.5 trillion gives tremendous prospects for agriculture in the downstream phases of the food chain. The food value chains in Africa are highly fragmented, with the majority of marketed food output, such as grains, tubers, and pulses, passing via undercapitalized informal markets. According to Dr. Agnes Kalibata, President of the Alliance for a Green Revolution in Africa, “over 80% of those employed in these food systems are involved in small-scale trading or transporting; their businesses are generally seasonal operations, and many of them live near or below the poverty line.”

By 2030, the AfCFTA will have resulted in the abolition of tariffs on 97 % of items originating in signatory nations. According to UNECA, this will result in an extra $10bn-17bn in intra-African agricultural commerce, representing a 20-35 % increase over existing levels of trade across the continent. Meat, milk, and dairy goods; sugar, drinks, and tobacco products; vegetables, fruits, and nuts; and paddy and processed rice are among the categories expected to witness particularly substantial increases in continental trade, according to the FAO. The joint position document suggests a number of game-changing remedies, including:

According to an ACET research, 75 % of Sub-Saharan agro-processing firms exist on an artisanal and semi-artisanal capacity, with poor productivity and restricted market access, as well as unfair competition. Furthermore, many suffer a lack of high-quality, low-cost inputs, resulting in an inability to produce at full capacity. According to the International Trade Centre, which measures the value of trade as well as the potential for future trade in processed and unprocessed items, fewer than 2% of tea, sesame seeds, and cashew nuts were exported as processed goods in 2019. Its trade prospect database identifies refined cocoa goods, shea nuts, cashew nuts, fertilizers, and fruit products as having some of Africa’s greatest untapped export potential. It includes the same crops and products as high-value, underutilized crops. 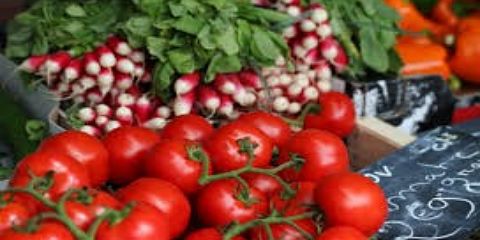 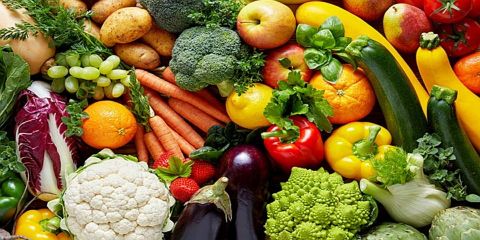 Recognizing the sector’s opportunities, African governments and international organizations have joined forces to achieve enhanced agricultural modernization. The Agri-business and Agro-Industry Development Initiative (3ADI+), supported by the FAO, the International Fund for Agricultural Development, the UN Industrial Development Organization, the African Development Bank (AfDB), and the UN Economic Commission for Africa, is a key initiative that seeks to link agriculture and industry while also promoting value chain and market system development. Many governments are encouraging special economic zones (SEZs) and providing tax and customs benefits, as well as access to infrastructure, power, and trading platforms, to agro-processing enterprises.

As international food consumption rises, with the World Bank estimating a 70% increase by 2050, the agriculture industry will require $80 billion in annual worldwide investments. African food consumption is expected to increase at a faster rate, with the World Bank estimating that the whole market size would reach $1 trillion by 2030. One of the biggest issues that African agribusinesses confront is a lack of access to cash. Microfinance and mobile banking are two examples of innovations that have the potential to increase African farmers’ access to credit. Local businesses and international organizations have developed digital financial solutions targeted at assisting farmers as digital coverage has surged in recent years, reaching 44 % in Africa in 2017.

Complementary finance, such as private equity (PE), has emerged as a modest but rising source of investment for agribusinesses. Crunch-base, a business information platform, recorded 242 agriculture-related deals in Africa between 2010 and July 2020, generating $616 million from institutions such as NGOs, foundations, banks, angel investor networks, and private investment funds. 19.4 % of the total was backed by private equity.
As angel investors move to support agricultural start-ups throughout the continent, venture capital is becoming an increasingly essential, albeit still modest, element of the financing ecosystem.

Another service that is becoming more accessible to smallholder farmers as a result of digitization is insurance. According to the GSMA, about 97 % of Sub-Saharan African smallholders were uninsured in 2018. This is in contrast to Asia, where 78 % of people lacked insurance, and Latin America, where 67 % were uninsured. High provider prices and little confidence and knowledge among smallholders have assured the continuance of this enormous disparity, but index-based mobile micro-insurance is closing the gap. Agriculture and Climate Risk Enterprise Africa, which has insured over 1 million farmers in Kenya, Tanzania, and Rwanda, sees chances to expand throughout the continent. With Covid-19 highlighting the agriculture sector’s sensitivity to local, regional, and global shocks, as well as climate change-induced weather hazards that are predicted to become more widespread in the future decades, demand for insurance is expected to rise.

Because the traditional banking industry only meets around 3% of the world’s needs for smallholder financing, crowdfunding is emerging as a significant digital solution to the shortage of investment in African agriculture. Farmcrowdy, a Nigerian start-up formed in 2016, provides double-digit returns on investments directly assigned to specific farms. Since its inception, the firm has raised more than $15 million for 25,000 farmers using this strategy. Using its network of farmers and investors, the company has expanded its offerings to include insurance and information products for farmers, as well as logistical activities. Other crowdfunding platforms have emerged in recent years, with particular success in Nigeria, where firms including Thrive Agric, Payfarmer, Porkvest, FarmFunds Africa, and PorkMoney battle for users.

Another important problem is biodiversity loss due by climate change and deforestation induced by extensive agricultural cultivation. The Covid-19 outbreak has added to the urgency of stopping this process. Recent pandemic prevention studies show that loss of forest cover increases the possibility of interaction between people, wildlife, and livestock, which can result in the spread of infectious viruses like Covid-19 and Ebola. As a result, investment in tropical forest preservation is increasingly seen as a worldwide priority.

In response to the changing nature of environmental concerns, participants in Africa and throughout the world are increasingly using climate-smart agriculture (CSA) as both a solution and a paradigm for sustainable agriculture. The FAO defines CSA as “an approach to developing the technical, policy, and investment conditions to achieve sustainable agricultural development for food security under climate change,” which includes both adaptation (building ability to adapt in the face of climate change’s inevitable risks) and mitigation (reducing or removing greenhouse gases released via agricultural production).

Energy production is one area of sustainable agricultural growth in Africa where private and development financing have already formed beneficial partnerships. In a 2020 policy brief, the South African Institute of International Affairs observes that agriculture accounts for just 2% of total power use, although employing about half of the continent’s workers. Increased use of renewable energy, particularly decentralized solar power, might boost agricultural output in Africa. Venture capitalists have taken notice as well. According to investment platform Partech, the solar off-grid technology vertical received the second-largest amount of funding among venture capital-funded projects in Africa in 2019, receiving $247 million and accounting for 12.2 % of all venture capital tech funding on the continent that year.

The process of transforming a raw agricultural product into something new by packing, processing, chilling, drying, extracting, or any other sort of procedure that distinguishes the result from the original raw commodity is known as value addition. Value-added Agriculture is a movement with a mind of its own. It is a concept with the potential to transform farm output and rural economies. It focuses on production or manufacturing procedures, branding, or services that raise the value of primary agricultural commodities, maybe by improving customer attractiveness and willingness to pay a premium over comparable but undifferentiated items. 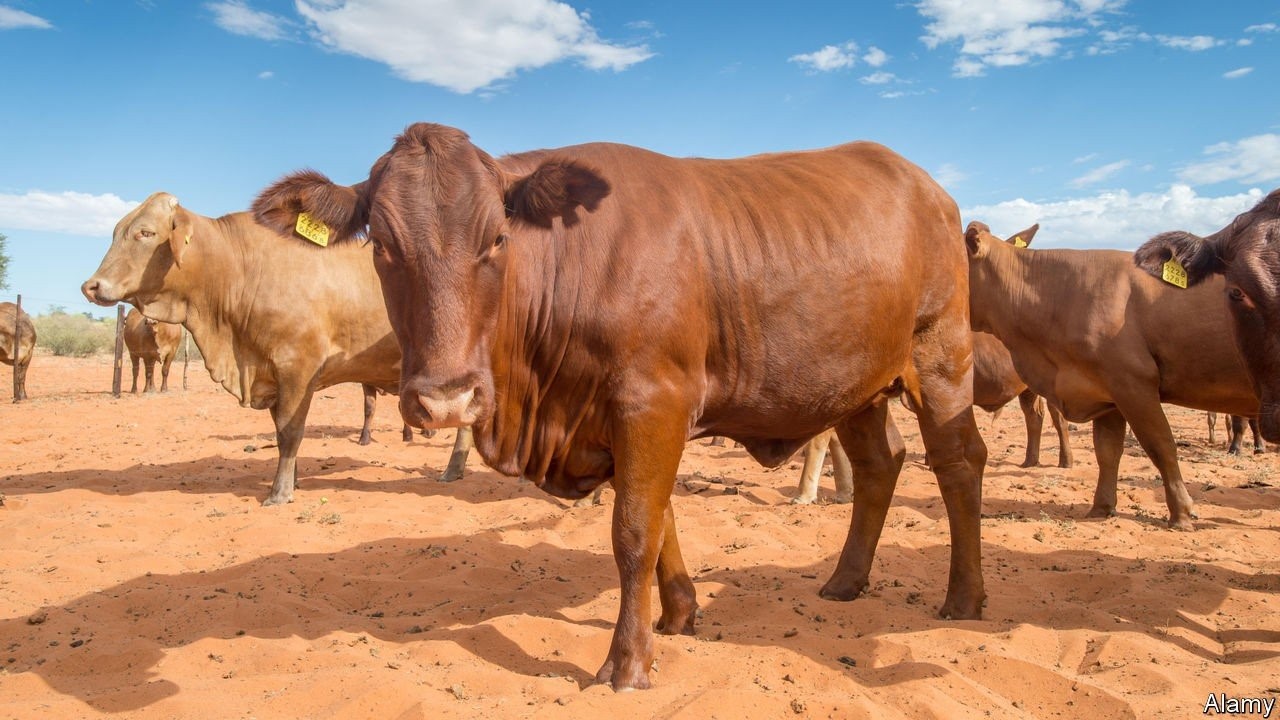 Florie Liser, Assistant United States Commerce Representative for African Affairs, met with Tanzanians to discuss the AGOA (Annual African Growth and Opportunity Act) plan that they were drafting. Tanzania produces the cotton for Venus Williams’ tennis clothes, which are also made at a Tanzanian company. “I challenged them. There is only one plant in your backyard. You’ve got a lot of cotton. Cotton producers would gain if you could build more of these factories, which would employ many more people.’’ The difficulty is that, as with the majority of AGOA nations, you have enormous potential but lack the investment and attention on how to reproduce and increase it. She went on to say that the garment sector is a “gateway to industrialization.” Africa is starting from a very low point. Even while there has been progress, we are still far from reaching our full potential. 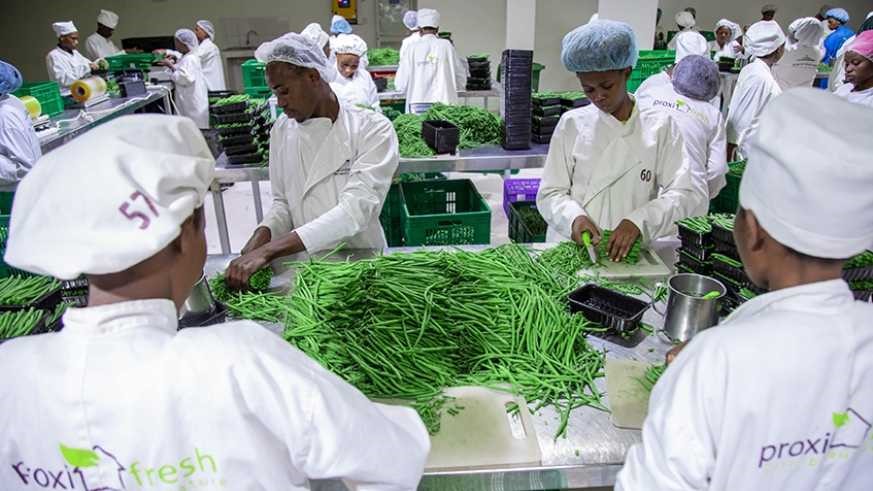 The private sector, which includes millions of smallholder farmers and informal merchants, accounts for the great bulk of investment in African food systems. To respond to the African setting and client requirements, the private sector invests in production capacity, imports and adapts new technology, and innovates. Many private agribusiness firms, particularly those engaged in foreign direct investment in developing countries, have recognized that focusing on short-term profits is insufficient to ensure their own sustainability and resilience, as well as the sustainability of the frameworks in which they conduct business. Organizations have become increasingly concerned with the “triple bottom line”, people, money, and the environment. Revamping food systems to create long-term change is a difficult endeavor. It necessitates collaboration from all system players, with African governments firmly in charge of directing the necessary reform.