With 110 million people, Ethiopia is the second-most populated nation in Africa. It also boasts one of the oldest public telecommunications companies, having been founded in 1894. Ethiopian telecommunication is still among the least advanced in the world despite its age. ITU estimates that in 2019 there were 39% of mobile-cellular subscriptions (per 100 persons) and 20% of Internet penetration. The international transmission speed per Internet user was two kbits/s as of June 2018. Numerous studies agree that without telecommunications services, no contemporary economy can grow (Adam, 2021). 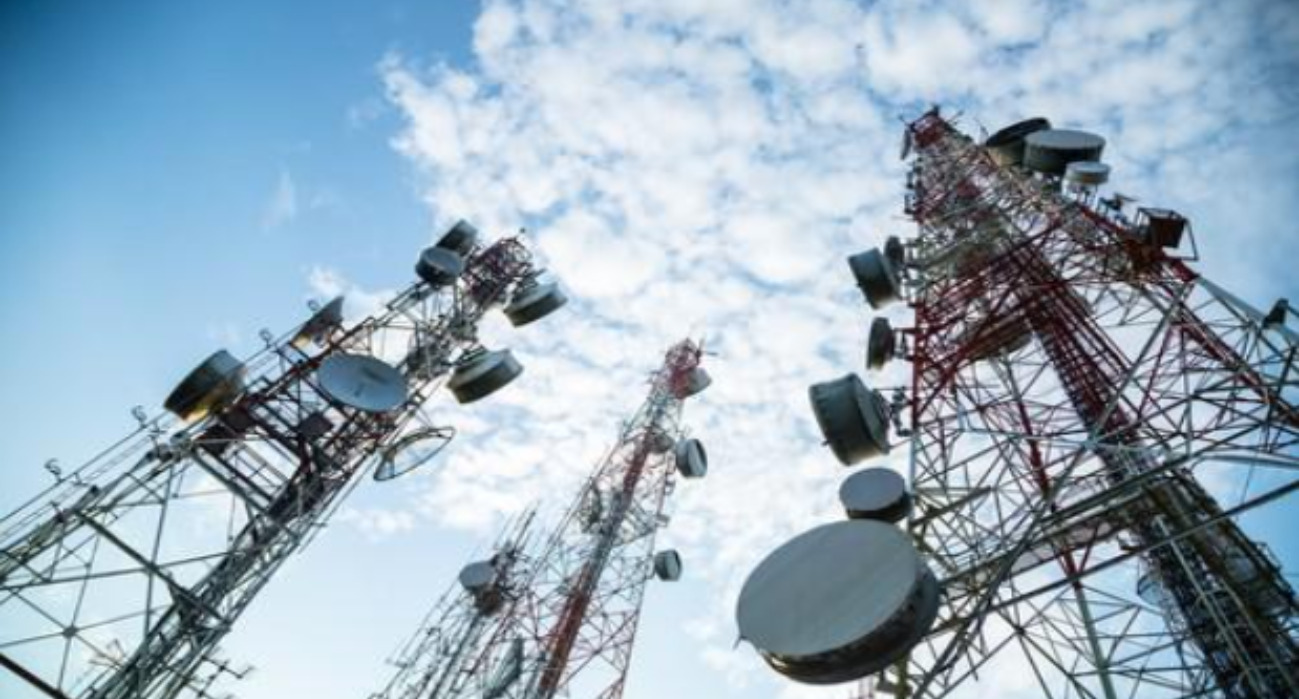 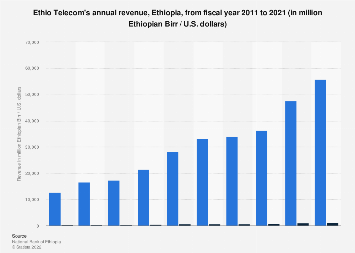 Relative to the number of customers, the revenue is still quite modest. The aforementioned is simply shown by looking at other comparable markets. Operators in Kenya had 45.6 million customers during the 2017–2018 fiscal year, generating 2.48 billion USD in total (Communication Authority of Kenya, 2018). Nigeria, the largest market in Africa, has 169 million mobile customers and generated total sales of USD 7.3 billion (National Communication Commission, 2018). However, Ethio Telecom had 40 million users and generated 1.38 billion USD in revenue (Ethio Telecom, 2019). Therefore, the productivity of Kenyan and Nigerian telecom markets is 2.5 times greater than that of Ethiopian Telecom.

Better connectedness among developing nations greatly improves performance. A World Bank research found that low- and middle-income nations’ GDP increases by 1.38% for every 10% rise in broadband penetration (Kim et al., 2010). The report also indicates that compared to other ICT services, broadband has a higher growth potential (Kim et al., 2010). Another empirical study looked at the effects of fixed and mobile broadband services on the economies of emerging and least developed nations that are landlocked. This research discovered that a 10% increase in mobile broadband penetration influences the economy by causing a 2.5–2.8% rise in GDP per capita, compared to a 2.0–2.3% increase for fixed broadband (ITU, 2019). 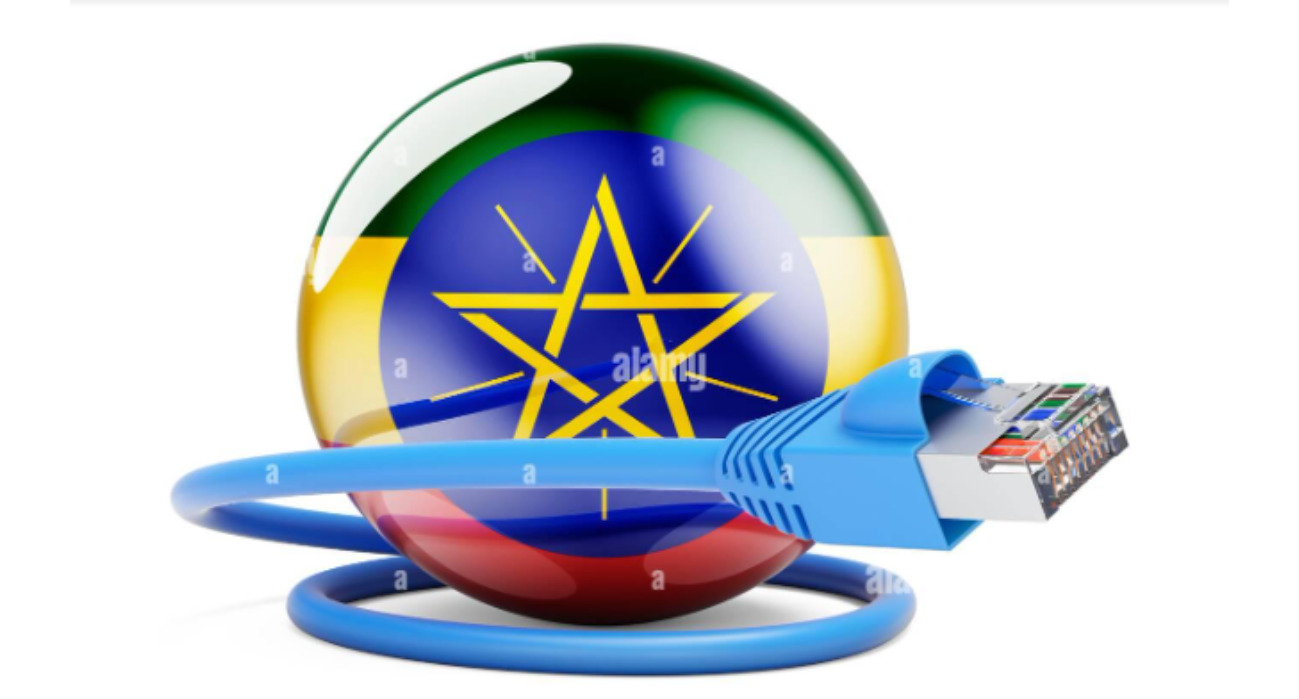 A license to run telecom services in Ethiopia was granted to an SPV called Safaricom Telecommunications Ethiopia P.L.C. (STE), formerly known as Global Partnership for Ethiopia BV (GPE), for a licensing cost of US$850 million. The biggest foreign direct investment in Ethiopia is measured by this fee. Beginning in 2022, the company is anticipated to launch telecommunication services. 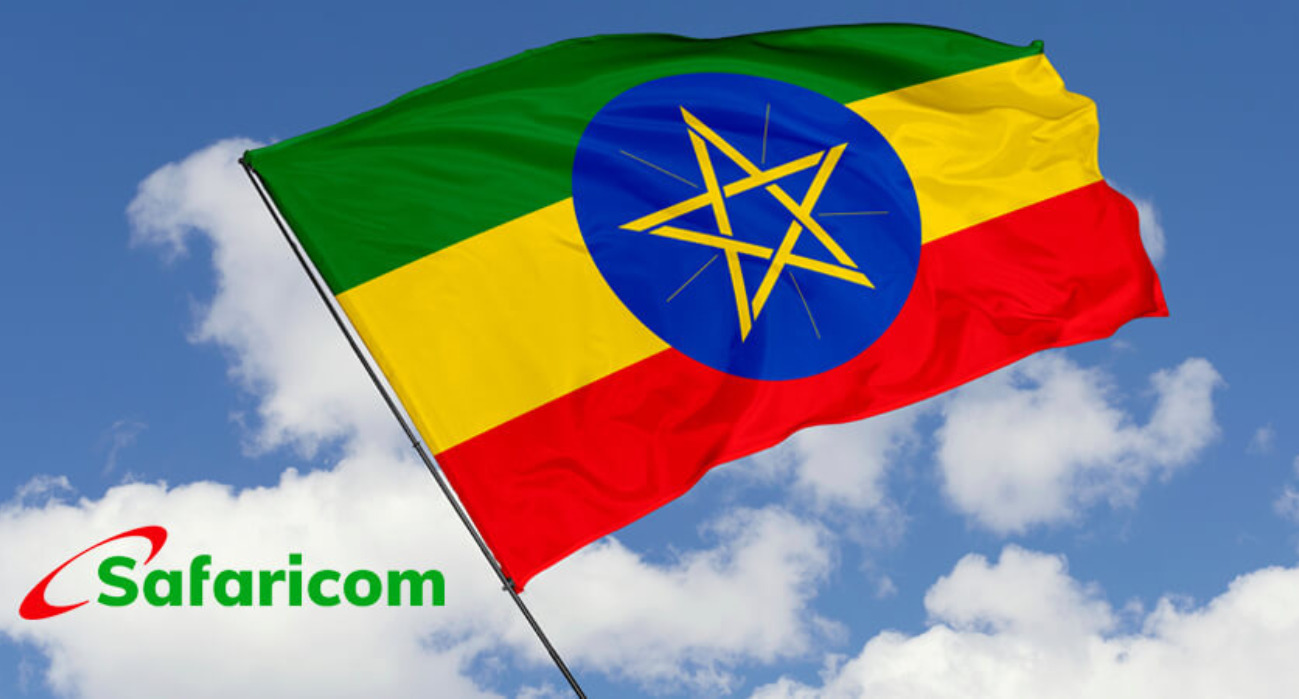 A Tier III, a pre-fab data center that was made in China was put together by STE in February 2022. The $100 million data center will be utilized to store data as well as route phone, internet, and network traffic on the STE network. According to reports, the data center is the size of a “shipping container.” When it comes to “cell sites, masts, and other active aspects like network roaming,” STE and Ethio Telecom reached a principle agreement in April 2022.

Four months after missing the operational debut in the country of the Horn of Africa, Safaricom Ethiopia has started a large-scale customer trial of its network in Dire Dawa. The experiment is a part of the telco’s progressive city-by-city roll-out before the October nationwide launch in the second-largest city in Ethiopia after the capital Addis Ababa, with an estimated population of 500,000. Residents in Dire Dawa may now acquire SIM cards with the 07 prefixes, select their numbers, and use 2G, 3G, and 4G network services, the business stated (Tekle, 2022).

“We are eager to start the Safaricom Ethiopia Dire Dawa client trial. This is a significant step since it allows us to assess the technical and commercial operations’ complete preparedness before the whole network launches, according to Anwar Soussa, CEO of Safaricom Ethiopia. For registration, the purchase of SIM cards and other devices, as well as other client-support services, the company has established three customer service centers in Kezira, Meskelegna, and Cornell (Tekle,2022).

Under the goals of Digital Ethiopia, Mr. Soussa said, “This customer pilot in Dire Dawa is part of switching on our network and services in 25 cities by April 2023, working in conjunction with government, enterprises, local communities, and other stakeholders.” The business has made network and building infrastructure investments since July 2021, including establishing its mobile radio towers, a nationwide transmission network, and wholesale agreements for global connection. The business claimed a few months ago that it had made investments totaling $1 billion (including the license fee), imported equipment worth over $300 million, established its core network, IT, goods, and services, set up a call center, and constructed two data centers.

We are happy to announce that Safaricom Ethiopia and EthiopiaIpdc have signed a developed land sub-lease agreement for the construction of a new Tier-III telco-cloud Data Center in the ICT Park. This Data Center seeks to improve cooperation on the accessibility of cutting-edge technology in industrial parks to assist the digitization process, enhancing efficiency, transparency, & productivity, which will lead to the creation of additional employment and IT-enabled services. To assist IPDC activities and build a smart city within the ICT park through the focused testing of novel technologies, Safaricom Ethiopia pledges to continue working with the ICT park and offering the newest network generation in approved Industrial Parks.

Before its commercial debut, Safaricom Telecommunications Ethiopia PLC (Safaricom Ethiopia) reaffirmed its commitment to investing in Ethiopia’s digital future by announcing a nationwide staff recruitment campaign and introducing its leadership team. Mr. Peter Ndegwa, Chief Executive Officer of Safaricom PLC, who was hosting a senior delegation from the Global Partnership for Ethiopia (GPE) for a visit to Ethiopia this week, expressed the shareholders’ commitment to investing in Ethiopia and helping to realize the goals of the digital Ethiopia initiative at a media conference held at Safaricom Ethiopia’s new offices. 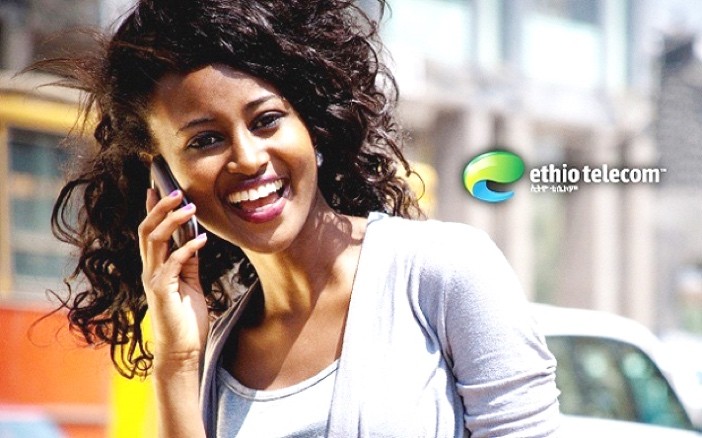 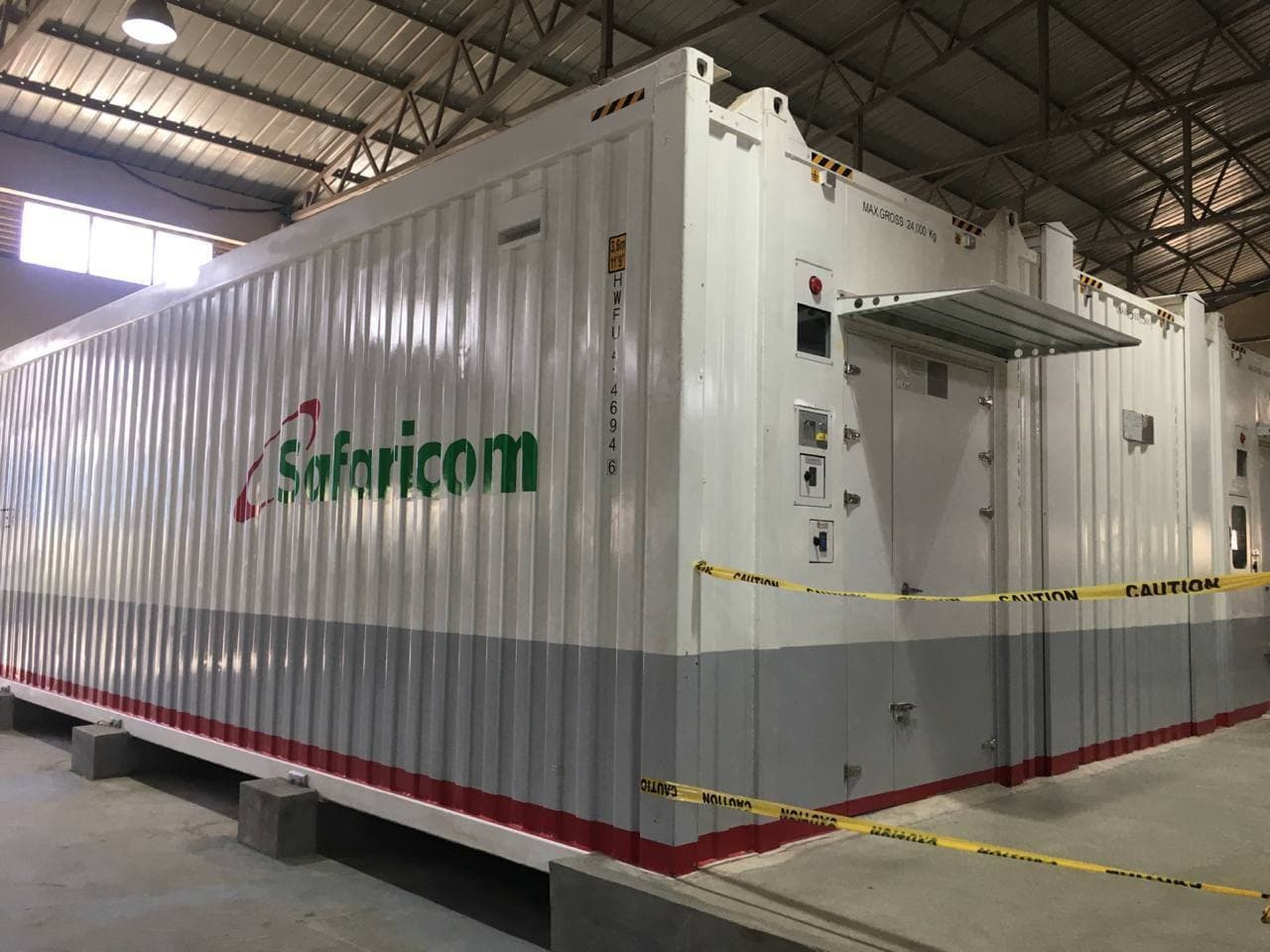 “The Global Partnership for Ethiopia is happy to invest in Ethiopia and expresses gratitude to the Ethiopian government and other important partners for their assistance throughout the first stages of the country’s commercial debut. Such alliances serve as the foundation for digital transformation, and as a purpose-driven technology firm, we are grateful for the support of all of our partners as we work to enable our commercial launch and contribute to a digital Ethiopia.

The company has started hiring Ethiopian citizens for technology, commercial, and corporate roles in a variety of capacities, ranging from executive management to graduate-level opportunities, according to Mr. Anwar Soussa, managing director of Safaricom Ethiopia, who also provided updates on the preparations for the commercial launch. “The prospect of a digital future for Ethiopians consciously serves as the driving force for our continuing hiring process. We want to assemble a workforce of 1000 people by the end of June 2023 that is driven by innovation and digital solutions. Through our #1moreskill training initiative, we will also provide all employees with thorough digital training packages, opening the door to new job opportunities in the digital economy, the executive stated.

Additionally, the business plans to hire 450 graduates over the course of the next three years for its “Discover Graduate Management Programme,” a worldwide development program. The graduates will participate in intensive leadership coaching and mentoring programs in addition to accelerated learning rotations across several company units. 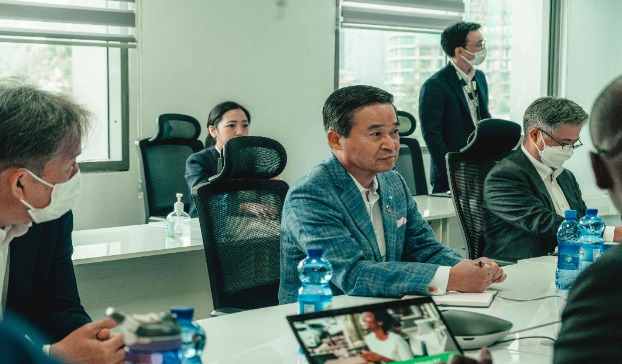 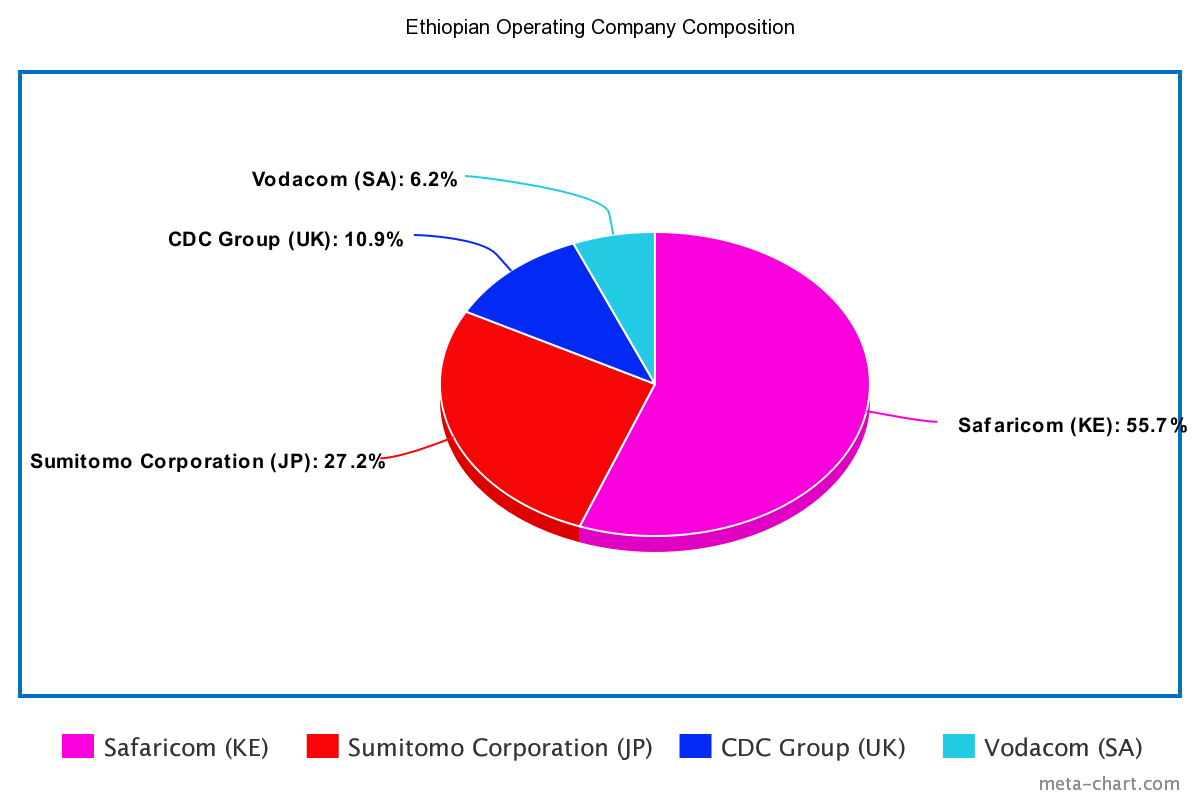 “We think that young people are the key to achieving the objectives of digital Ethiopia,” Mr. Soussa said, “and with our worldwide Discover Graduate Management Programme, we will establish a pool of talent of digital innovators who will grow with the business to achieve this.” The business formally announced the 11 confirmed members of its Executive Committee as part of the continuing hiring process (ExCo).

With a stake of 55.7 percent, the largest telecom in Kenya is the largest stakeholder in the Ethiopian venture; but, with the addition of IFC as a shareholder, its holding may fall below the 50 percent threshold, decreasing its exposure to the populous country. After the International Finance Corporation (IFC) announced a proposal to buy Sh19.2 billion ($160 million) worth of shares in the subsidiary, Safaricom and its partners in the Ethiopian venture will see their combined interest decline by up to 15.5 percent (Mwaniki, 2022).

According to Safaricom’s records for the fiscal year ending March 2022, joint venture partners contributed a total of Sh105.2 billion in equity to the company, giving them an 84.5 percent combined interest after the IFC invested Sh19 billion. The share of Vodacom, Sumitomo, and BII would decrease to 5.23 percent, 22.99 percent, and 9.21 percent, respectively, while Safaricom’s holding would decrease to around 47.1 percent. IFC is anticipated to increase its stake to 15.46% of the whole STE, making it the second-largest shareholder after Sumitomo (Mwaniki, 2022). 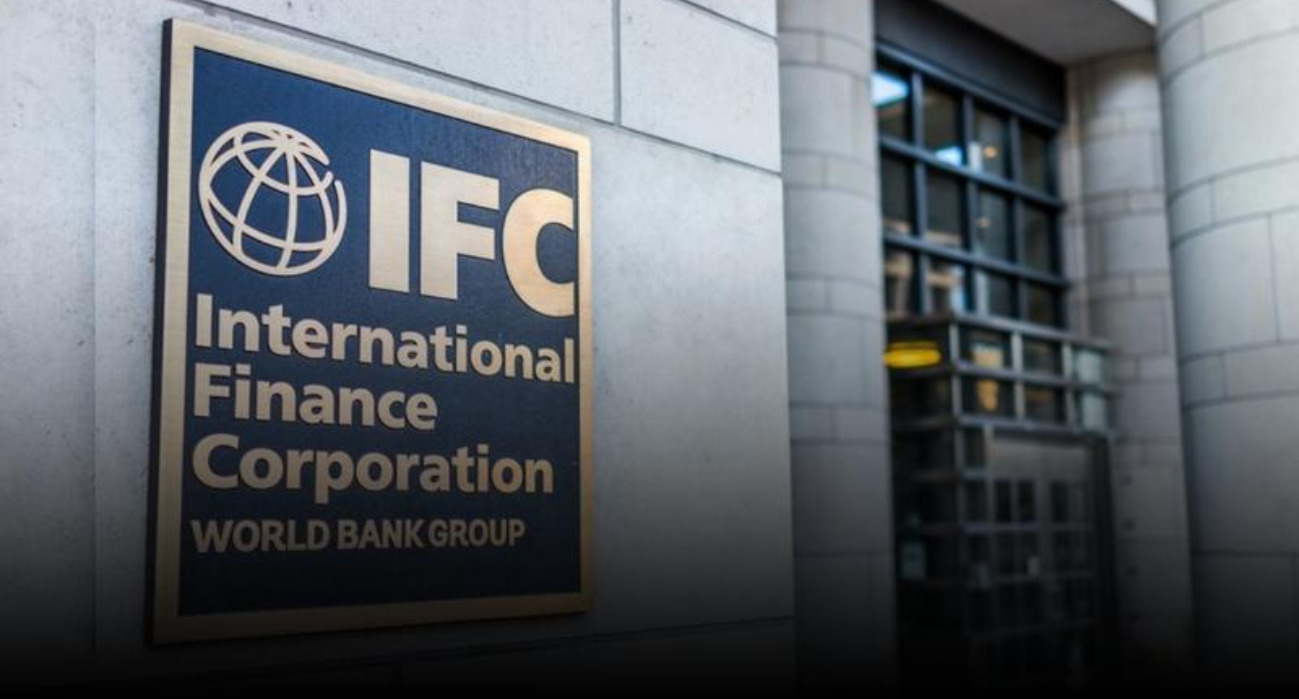 The IFC stated in its disclosures that its investment “will support STE’s countrywide mobile network roll-out and help position the company to comply with its license terms, which outline the requirement for a specified population and geographic coverage targets and reasonable tariffs, universal accessibility, and tele density target, among other things.” This is not the first time the IFC has been involved in the project; the institution was previously compensated $4 million (Sh481 million) for services provided in connection with the entry into the new market. The services that Safaricom received from IFC were not made public, but they may have included loan mobilization or advice on the licensing process since the license was granted last year. 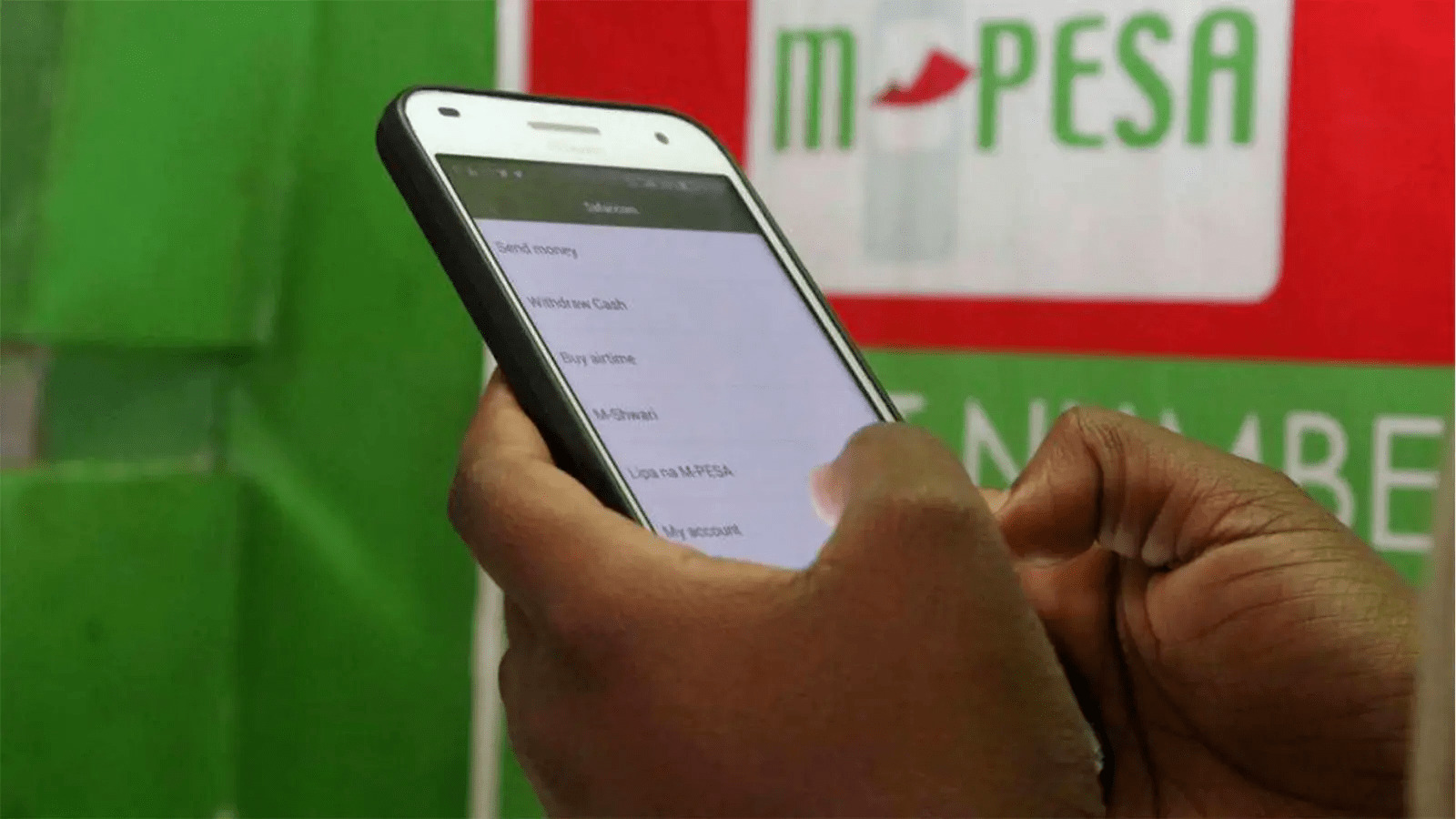 In preparation for a countrywide launch, later on, STE has begun rolling out a large-scale customer pilot of its network in three regions of Ethiopia at the same time as the fresh cash infusion. The financial investment is anticipated to surpass $1 billion (Sh120 billion) for the capital-intensive expansion into Ethiopia’s telecoms industry (IFC, 2022).

This money will primarily be generated through debt. Safaricom has previously said that it was prepared to take on more debt in its capacity as the consortium’s biggest shareholder. With more than 100 million residents and relatively low adoption of mobile and internet services, the telecom views Ethiopia as offering considerable development prospects (Safaricom Ethiopia).

In ten years, the new operation hopes to achieve gross margins of 40%. The subsidiary would make significant expenditures in creating infrastructure and employing nationals to attract clients in Ethiopia, supporting the aim. Other finance may potentially come from the US International Development Finance Corporation, an American sovereign wealth fund that in late 2020 inked an agreement to give the consortium up to $500 million (Sh60 billion) for the Ethiopian enterprise (Safaricom Ethiopia).

The Ethiopian telecom sector requires significant investment due to the current wide-scale limitations of network coverage and gaps in the middle-mile and first-mile infrastructure. The digital divide must be closed by mobilizing investment from all stakeholders. This entails using universal service money and universal service requirements, attracting CDN investment, and providing public monies for underdeveloped regions. Ethiopia must host sizable IXPs due to its geographic position and sizeable population.