The sudden rise in global refugee and migrant movements has piqued curiosity in determining the core reasons. Among the most substantial drivers of forced movement and dislocation has been recognized as violent conflict. The African continent is uniquely predisposed to violence, having hosted about a quarter of all worldwide violent conflicts in recent years. Even though this alarming development has led to one of the world’s worst refugee crises in recent memory, it is critical to highlight African players’ growing involvement in combating security challenges in the region (GIZ, 2018). 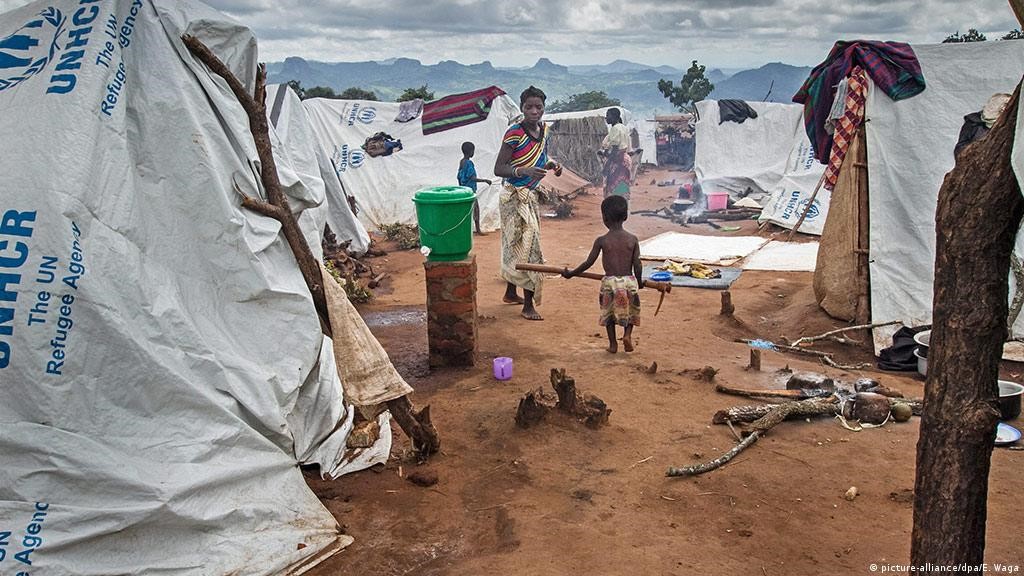 In 2021, terror and violent radicalism are perhaps Africa’s most serious security risks. In East, West, and Southern Africa, there are local terror organizations with worldwide ties (Raleigh et al. 2010). Their actions exacerbate local tensions and facilitate arranged criminal networks, further weakening already fragile political environments. Years of government-led security force incursions, many of which have been backed by the US and European countries, have failed to evict the militants. Africa’s multiple national and regional initiatives will fail to produce durable and genuine peace unless local measures that include techniques beyond kinetic counterterrorism are incorporated in plans to avoid violent extremism (United States Institute of Peace, 2021).

Various factors will influence security results across the continent. The future tendencies will, first and foremost, reinforce each other. Migration will be influenced by climate change, while population dynamics will promote urbanization. As a result, tracing interconnections will become even more crucial than looking for “root causes” of vulnerability. Second, these tendencies will have different effects throughout time and geography. Broad endeavors and linear solutions, without a doubt, will be ineffective. Instead, granular, location-specific initiatives (at the national, subnational, and municipal levels) will become even more important. Third, as Raymond Gilpin, Chief Economist, Regional Bureau for Africa-United Nations Development Program, points out, these developments will have diverse effects on different categories of insecurity.

The inevitable transformation of Africa’s security landscape will dramatically alter the type, frequency, and position of violent confrontation throughout the continent. Booming demographic demands and degradation in the Sahel, for example, will exacerbate property and commodity disputes in already fragile societies, rendering them more vulnerable to militia violence and violent extremists. On the other side, megacities with increasing slums (such as Lagos, Cairo, and Johannesburg) are likely to see a rise in violent protests, which might be interactive, diplomatic, or both (Gilpin, 2020).

The many paths and possible repercussions of this development might help to influence the development and execution of appropriate policies, as well as the building of resilient institutions. More than ever, policymakers will need to focus on the causes and sustainers of protracted conflict rather than responding to the manifestations (Gilpin, 2020).

Policymakers must also untangle the complex, and often multinational, the environment of future developments. Furthermore, as cities are becoming the ground zero and weather patterns becomes an even more crucial component of where Africans live, how they earn a living and the degree to which groups peacefully coexist, the almost binary core vs. periphery approach to democracy, economic history, and vulnerability will be a thing of the past (Gilpin, 2020). 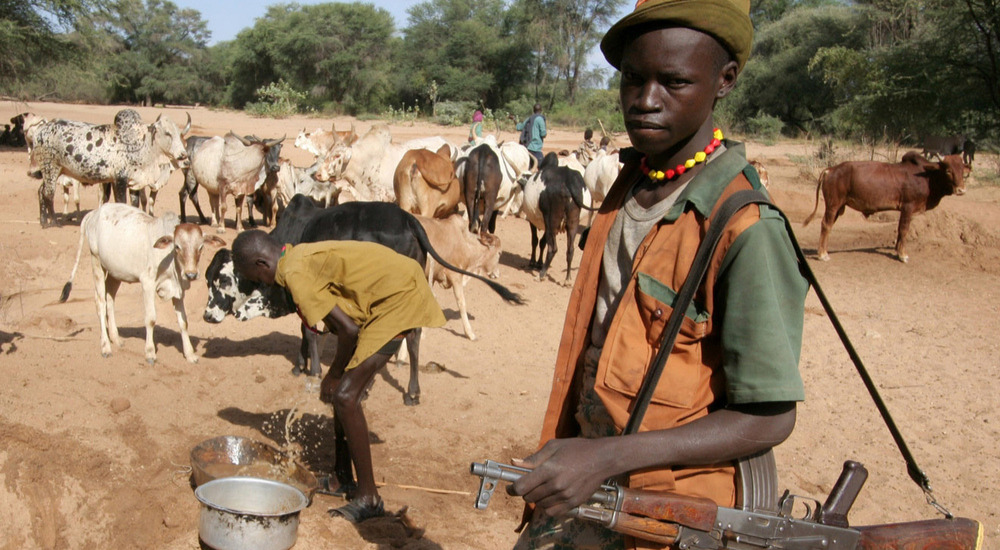 Deprivation, weakened state institutions, and poor governance are well-known risks to Africa’s stability and prosperity. Nonetheless, particularly economic, political, and demographic shifts have influenced the visible changes in violence and insecurity symptoms. Despite declines in poverty rates, almost half of African nations have seen rises in income disparity in recent years, according to World Bank data. Importantly, growing segregation is frequently fueled by disparities in income between areas, identity groups, and urban-rural differences, as well as unequal resource allocation (including international development aid). The ensuing “horizontal imbalances” are especially politically destabilizing, fueling not just military confrontation but also other types of violence like demonstrations and extremism (Dowd 2015).
Furthermore, many African nations are experiencing natural resource depletion as a result of long-term environmental changes. Africa is one of the world’s most sensitive regions to the economic effects of climate change. Given the centrality of farming life on the continent, such trends may exacerbate pre-existing conflicts resulting from rural people’s political and economic marginalization. Taken together, these economic trends not only justify some of the tendencies and developments of decentralized forms of violence that characterize most present forms of insecurity on the African continent, but they also explain some of the complex reasons for insecurity on the continent. (2018, GIGA)

Both African and international entities must modify their responses to changing security situations. By fostering comprehensive peacebuilding initiatives, clearly defining the functions and obligations of diverse players, and reinforcing the development–security nexus, the international community might improve its contribution. In tackling the structural reasons for insecurity on the African continent, such a reconfiguration would make African initiatives and foreign help more successful. The following factors must be carefully considered while addressing the difficulties of Africa’s evolving security landscape:

• Make use of technology.

Concurrently, one of the African Union’s key concerns has been to promote peace and security on the continent (AU). Its African Peace and Security Architecture (APSA) serves as the foundation for creating and administering African peace and security responses across the continent. The APSA, in particular, lays out “the framework (roles, tools, and processes) through which the AU, RECs [regional economic communities], and RMs [regional mechanisms] can carry out their conflict prevention, management, and resolution responsibilities” (African Union Commission 2015).
The African Union is working to increase its resources for peacekeeping missions to meet its lofty objective of “silence the guns” by 2020. As a result, the African Union Assembly resolved in 2015 to assume financial responsibility for 25% of the expenses of peacekeeping missions on the continent by 2020. (excluding the African Union Mission in Somalia, AMISOM). The AU Peace Fund, which will deliver as a revolving fund for realizing the AU’s goal of providing “greater investment in mediation, preventive diplomacy, and institutional capacity,” will be the pivotal apparatus for accumulating and disseminating these funds, following the specific suggestions of the Kaberuka Report (African Union 2016). (African Union 2016: 7).

According to Judd Devermont, who spoke on “Africa’s Security Challenges: A View from Congress, the Pentagon, and USAID” on September 29, 2021, the region’s security scene has changed dramatically in the last two decades. Threats to US and African values have grown more varied, broad, and complicated. To address these issues, we’ll need a fresh approach to interaction and alliances, as well as a rethinking of our conciliatory, establishment, and protection toolkits (Devermont, 2021). 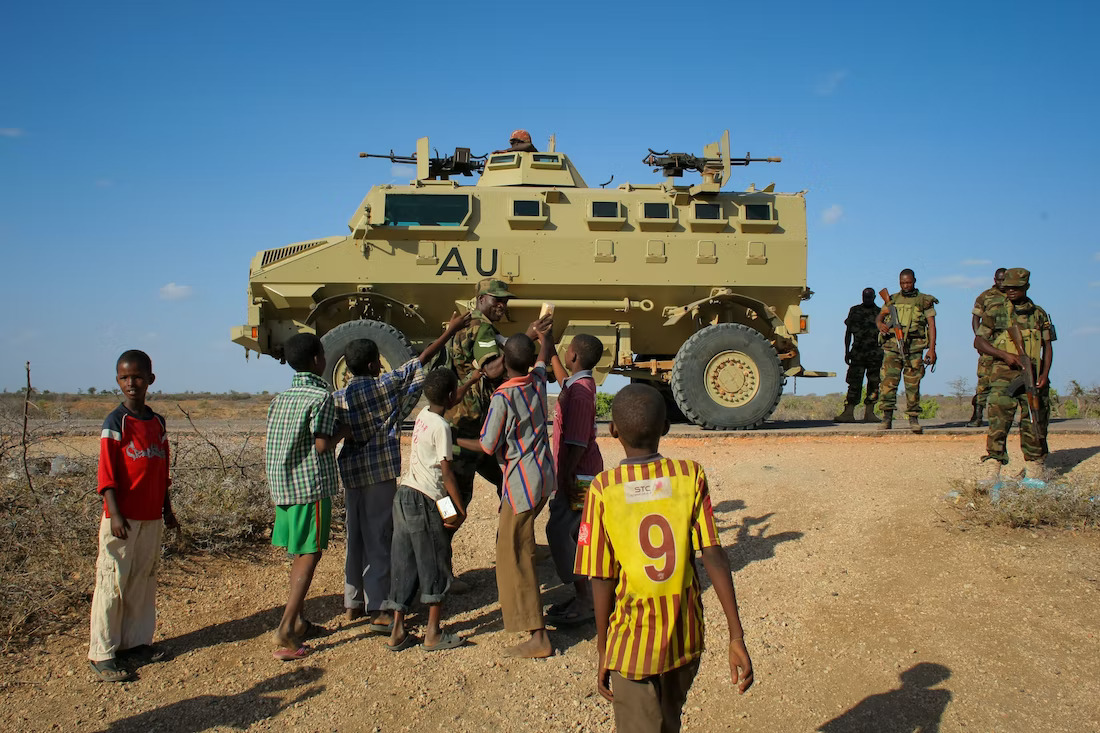 “It’s apparent that the African continent has grown increasingly crucial to global security and will likely to do so in the next decades,” Anthony Brown said. African nations account for around 16% of the world population, with 60% of the continent’s population under the age of 25. The continent’s population is predicted to quadruple to 2 billion people by 2050. African countries have the second-largest number of seats in the United Nations Security Council and are the most cohesive group at the United Nations General Assembly. So the question isn’t whether the US should boost its involvement with African partners, but rather how the US will engage in a mutually beneficial manner with our African partners.”

Brown went on to say, “The opponents and geopolitical rivals of our country know the opportunities that Africa brings. China’s economic and military footprint on the continent is growing. China has become Africa’s most important commercial partner. Since 2015, Russia has signed over 20 bilateral military collaboration accords with African countries. Simultaneously, violent extremist organizations and regional war threaten Africa’s future, from violent extremist organizations in the Sahel to Al-Shabaab in Somalia, to the humanitarian catastrophe that has consumed Ethiopia’s Tigray area. These conflicts jeopardize basic human rights, erode regional peace, and jeopardize Africa’s hard-won development.”
“I am certain that strengthening and deepening America’s governmental, economical, and strategic involvement with African countries is in our national security interest.” We should capitalize on our achievements – such as PEPFAR, possibly the most effective global health initiative in history – and correct our mistakes, such as failing to hold people accountable for human rights violations and corruption. The United States is reaffirming its commitment to global leadership, humanitarianism, and multilateralism under President Biden. And, as addressed earlier this year at the CSIS Africa Series, this is fantastic news for Africa. And many African leaders are hopeful about the next several years of cooperation development with the US,” Anthony Brown remarked.

“There is a need to show that African leaders are being engaged at a top-level. And President Biden’s speech at the African Union’s 34th summit in February, as well as Vice President Harris’ separate meetings with the presidents of Ghana and Zambia, was a promising start. Now is the moment to lay the solid groundwork with our African partners. We must fully appreciate Africa’s potential and diversify in the continent to support African goals for democratic government and increased prosperity “2021, Anthony Brown concludes

Future security concerns in Africa are formidable, but not overwhelming. Addressing them is critical to achieving socio-economic development goals such as the 2030 Sustainable Development Goals and the African Union’s Agenda 2063. This must begin with concrete, concentrated, and collaborative measures to overcome the continent’s ongoing economic, administration, and organizational shortcomings. (2020, Raymond Gilpin)