Infrastructure development is a major facilitator for productivity and long-term economic growth across the African continent. It makes a substantial contribution to social progress, alleviating poverty, and the Millennium Development Goals achievement. According to the African Development Bank, infrastructure investment is responsible for more than half of Africa’s recent economic development and can accomplish considerably more. Infrastructure improvements, such as bridges, roadways, telecommunication, sanitation, and power, help poor people in developing nations get out of poverty. Both commercial and government investors can benefit from capital appreciation through these initiatives.

The necessity for appropriate infrastructures, such as safe electricity, efficient transportation, dependable communication networks, resilient sanitation, and cheap housing, is especially obvious in Africa. Africa’s huge infrastructure deficiency is a stumbling block to its development, but it also presents a chance to advance to new, more sophisticated technology. As Africa gets increasingly urbanized, delivering public amenities to a more densely settled population will become easier and cheaper. The provision of dependable power, affordable housing, and transportation infrastructure for the growing population will be major problems, however, these businesses will also generate new jobs.

Human and social capital must be prioritized in the automotive sector. Africa has 16 % of the world’s population but just 2% of global trade and intra-regional trade is extremely limited. According to the Infrastructure Consortium for Africa, the transport system at the national, regional, and international levels is a critical driver of Africa’s growth and helps economies compete (ICA).

Africa’s aviation industry is expanding. However, the expansion does not give a comprehensive picture of the health of the organism. Numerous key facts are necessary to fully comprehend where Africa’s air transportation has been, where it is today, and where it is likely to go in the future. Relative to the rest of the globe, commercial aviation inventory levels in Africa are still quite low. Though many privatization initiatives have been attempted, many governments remain hesitant to totally transfer over airlines to the private sector or to completely rely on airline companies from outside the country if a national carrier is not commercially feasible. Following observational and experimental evidence, the main hurdles for African air transport market growth are affordability and the escalation of airport charges, rather than liberalization, according to Bofinger of Oxford University Press. 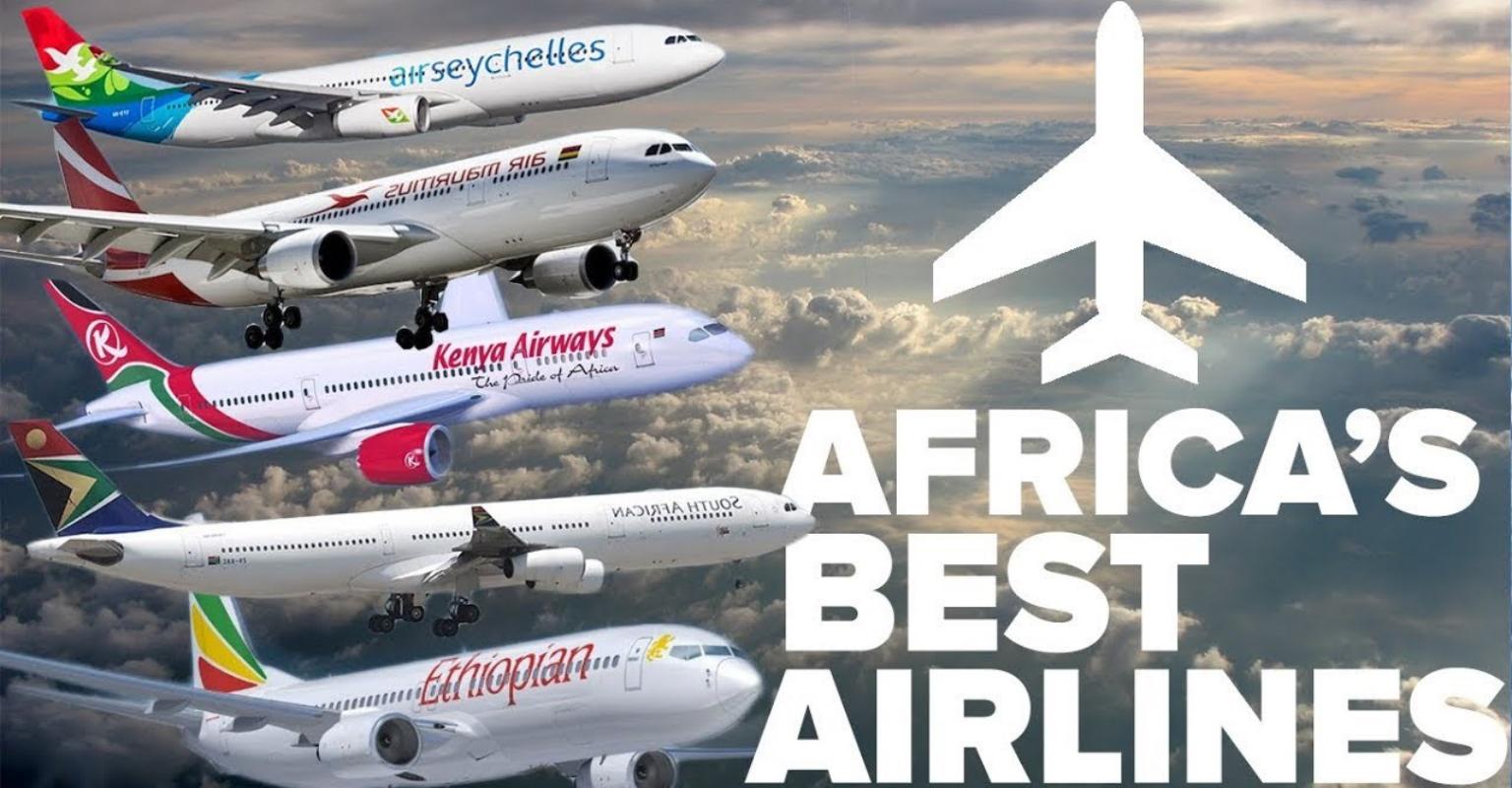 While there has been progressing, the problems remain enormous, according to the 2016 African Energy Forum study. The density of national roads is significantly behind the international average of 944 kilometers per 1,000 square kilometers, of which more than 50% are paved, with an average of 204 kilometers of roads per 1,000 square kilometers. According to the World Bank, “between 60,000 and 100,000 kilometers of roads are required to provide intracontinental connectivity” in Africa, in addition to the currently small number of major regional trunk roads linking deep-sea ports to economic hinterlands, which span no more than 10,000 kilometers. 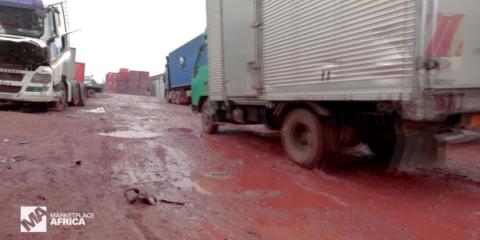 Due to low road density, Africa’s fast-growing cities are experiencing increased traffic jams, which has an influence not just on economic growth but also on pollution and accidents. With a fatality rate of 32.2 per 100,000 people, the comparable rate in nations like Sweden, the United Kingdom, and France is between four and eight fatalities per 100,000 people. Africa has the world’s most hazardous roads. While the continent’s average road-to-population ratio is at 26 kilometers per 10,000 people, there is significant regional variance. 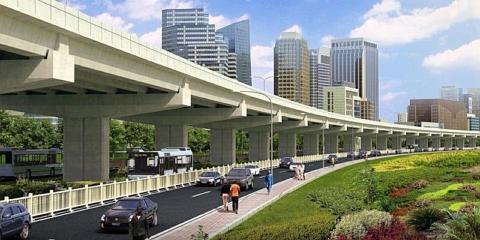 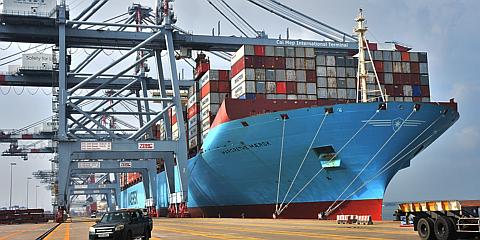 Maritime travel is the most common means of transit for carrying cargo from and to Africa, according to the African Review Report. Over 92 % of Africa’s foreign commerce is conducted via it. Africa has a total beachfront of 30,725 kilometers, with 90 harbors and several lesser ports offering fishing and tourism services. Only 6% of world traffic passes via African ports, with around six ports, three each in Egypt and South Africa, handling nearly half of the continent’s container cargo. Africa also has a variety of rivers and streams that have enormous potential as inland waterways that are low-cost, energy-efficient, and environmentally benign. There are navigable bodies of water in twenty-nine African countries, but only a limited number have been successfully developed for transport. 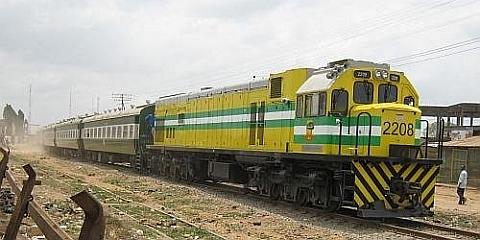 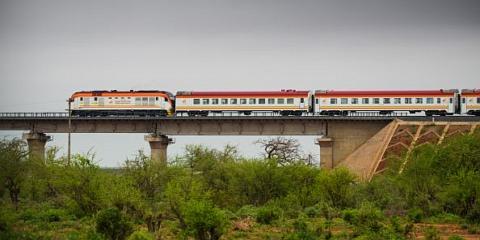 The continent’s overall railway network in 2005 was 90,320 km, or 3.1 km per 1,000 km2, with the majority of it being disconnected. Save for North Africa, Africa’s railways are typically underutilized. Only 1% of worldwide railway passenger travel and 2% of freight traffic is carried by railroads (African Review Report) In Africa, the current state of the rail network and the efficiency of most rolling equipment are both poor.

Over the next few decades, rail transportation will play a critical part in Africa’s growth and development. Railways are particularly important for the shipments and commuters in urban and intercity contexts when compared to other modes of transportation. The resurrection of Africa’s railroads will need to be backed up by an understanding that more money is needed to get the infrastructure up to par. It must also be acknowledged that the industry needs a greater level of professionalism, regulation, and experience to avoid repeating past mistakes committed with private sector engagement.

Housing development and investment activities are guided and enabled by policy and legislation. The legal and regulatory framework offers clarity around which investors can more properly evaluate their risk and possible returns by establishing regulations and codifying governmental expectations. Several African nations have made significant progress in developing and expanding their legislative frameworks for housing and housing financing. 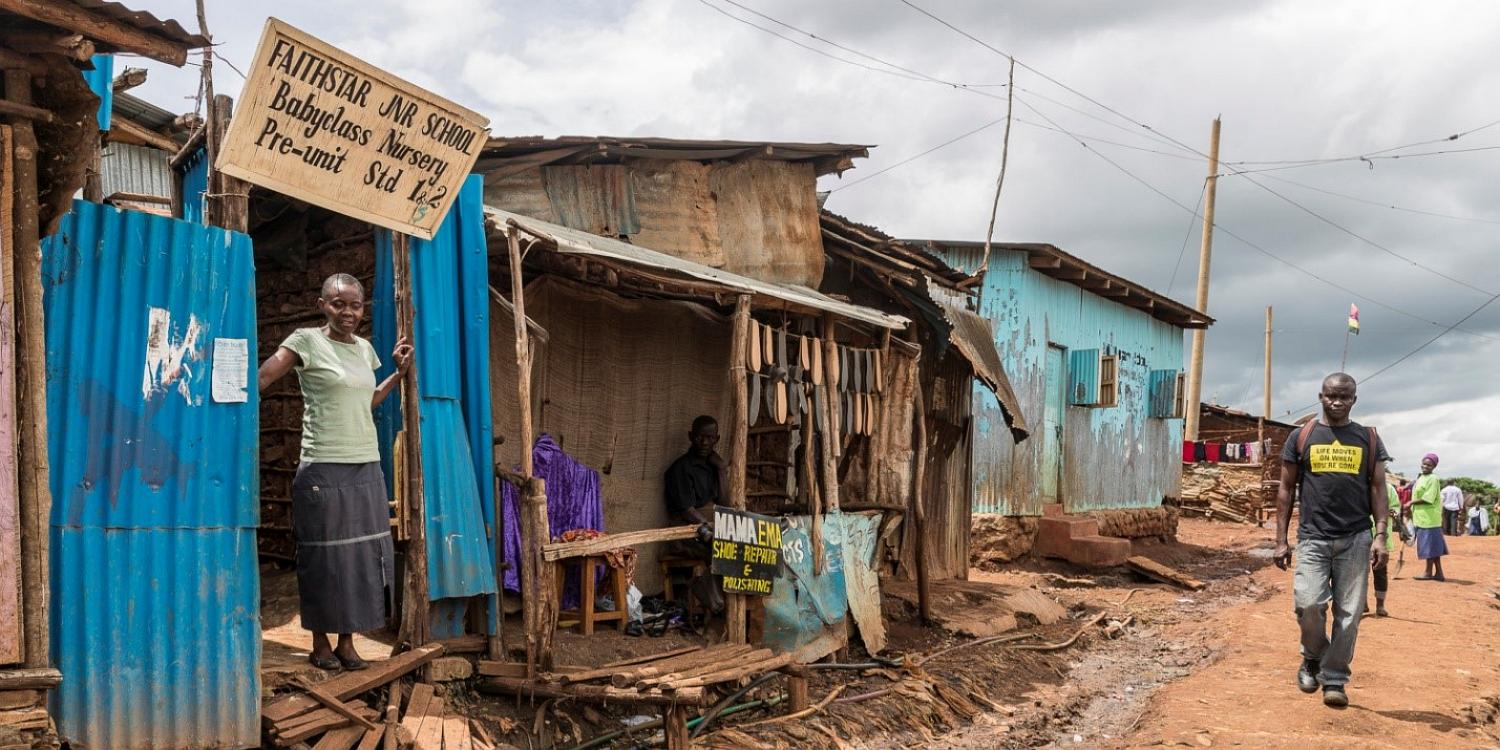 According to the United Nations, “The population of Sub-Saharan Africa has nearly doubled in the previous 25 years, yet access to sanitation and water has improved just marginally, leaving millions behind.” Even in areas where access to clean water and sewage infrastructure has improved, a large majority of Africans still lack these basic requirements. “Even in the countries with the highest water coverage rates in Sub-Saharan Africa, one out of every four individuals still lacks appropriate sanitation.” According to UNICEF, rural populations are generally worse off than urban populations in terms of water and sanitation access, and financing is inconsistent and minimal in the area.

According to the latest edition of the UN World Water Development Report, if present rates of environmental degradation and unsustainable reliance on world water resources continue, 45 % of global GDP and 40 % of global grain output would be threatened by 2050. The poor and disenfranchised will be adversely impacted, aggravating already-growing inequities. Sustained expenditure in water infrastructure, operations and maintenance, effective management of water resources, and enhanced policy and regulatory frameworks will be required for Africa to fulfill the SDG for water and sanitation. Yearly investment levels are currently in the range of $8-10 billion, compared to annual investment needs of roughly $22 billion (Infrastructure Consortium for Africa, ICA) 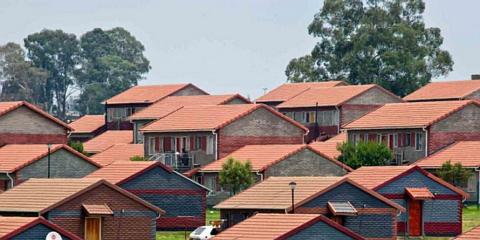 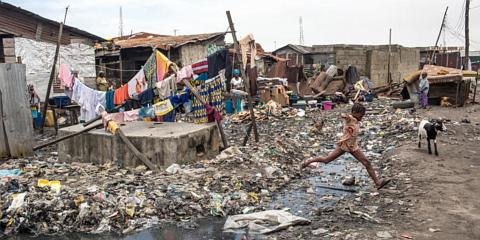 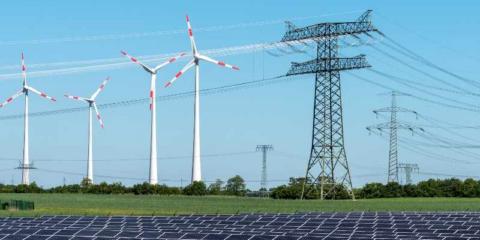 With the ever-increasing need for mobility in the drive to eradicate poverty and achieve sustainable development, Africa’s energy consumption will continue to rise. Power consumption is expected to expand by 6% per year through 2040, according to the Programme for Infrastructure Development in Africa (PIDA). Africa’s current power generating capacity is roughly 124 gigawatts. If needs are to be exceeded by 2040, this will need to be increased to 700 gigawatts. This expansion will necessitate greater energy usage, mostly petroleum products or developing alternatives.

“If we establish an investment climate that encourages the development of all energy resources by 2021, Africa would profit significantly.” Supporting the energy business, fostering free markets, the rule of law, individual liberties, and limited government is a duty for all Africans, according to the African Energy Chamber (AEC). Planned capital spending in 2020-2021 has decreased from $90 billion pre-COVID-19 to $60 billion currently, as corporations postpone projects and save expenses. African manufacturers and governments must change to remain competitive.” AEC Executive Chairman N. J. Ayuk.

Information and communication technology (ICT) is a transformative force in both economic and social development. They can make Africa a better place and enhance people’s lives significantly. Since the turn of the millennium, Africa has seen substantial growth in ICT, notably in mobile telephony, which presently has a penetration rate of over 60%. In terms of internet availability and usage, Africa falls well behind other developing areas (Infrastructure Consortium for Africa) The Internet’s contribution to Africa’s overall GDP is now minimal, but it is expected to increase to at least 5% to 6% by 2025. Over 197.6 million individuals in Africa used the internet in 2012, accounting for 18.6 % of the population. Broadband penetration is now at 16 %, intending to reach 99 % by 2060.

In 2018, unprecedented promises were made in the field of information and communication technology. They have risen dramatically to $7.1 billion. Moreover, half of the total pledges came from the private sector. In 2018, Infrastructure Consortium for Africa members contributed $503 million to ICT activities, somewhat less than the $618 million recorded in 2017.

National ICT spending surged by 85% in 2018, reaching $1.1 billion, $514 million higher than in 2017. According to recent studies, there has been a significant increase. 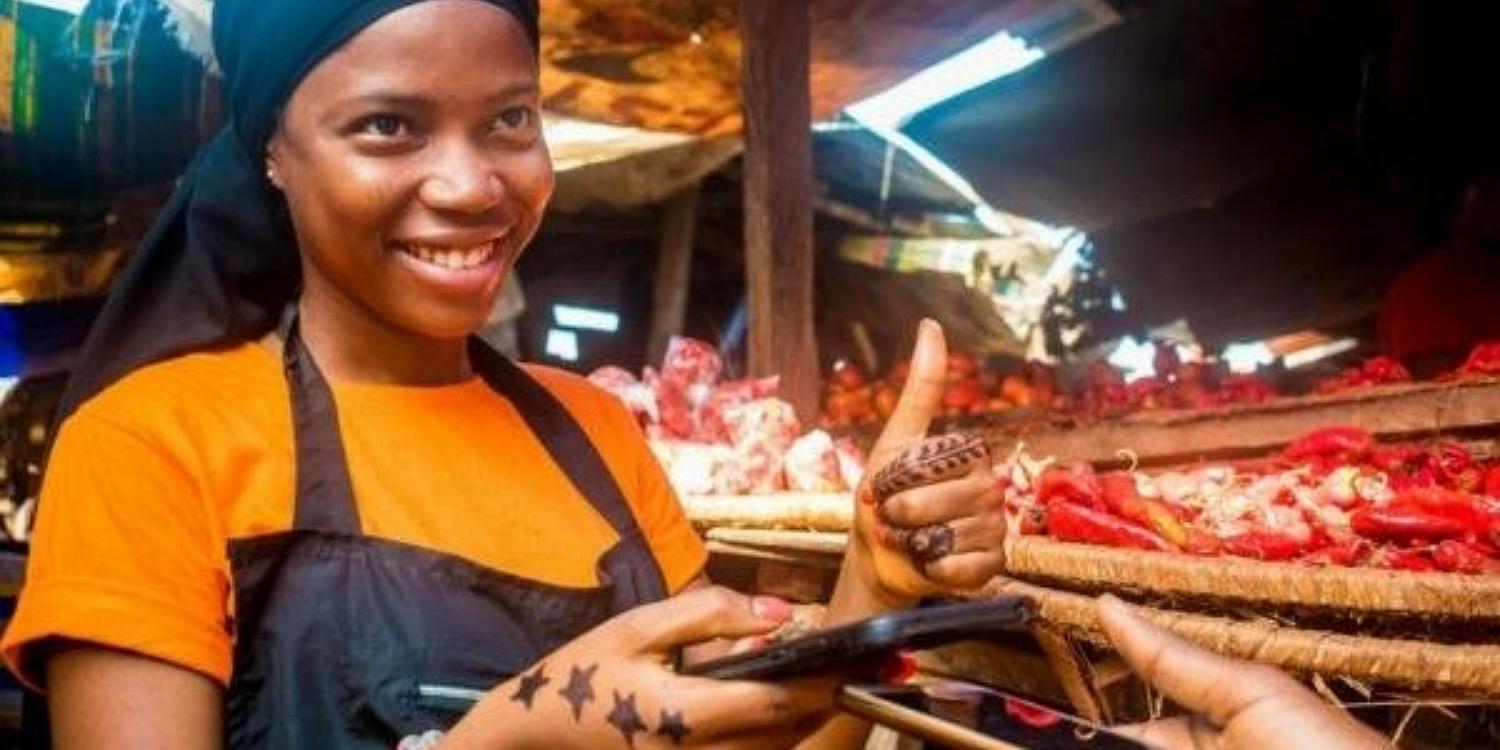 “Inadequate infrastructure continues to be a fundamental impediment to Africa realizing its full economic potential.” Meeting the need for vital infrastructure has been designated as a priority in Africa, which is considered as one of the world’s fastest expanding economic regions. “This translates into exciting opportunities for global investors who must look beyond the traditional Western view of Africa as a homogeneous block and conduct the in-depth research necessary to comprehend the nuances and unique opportunities of each region and country,” says André Pottas, Deloitte Corporate Finance Advisory Leader for Sub-Saharan Africa. 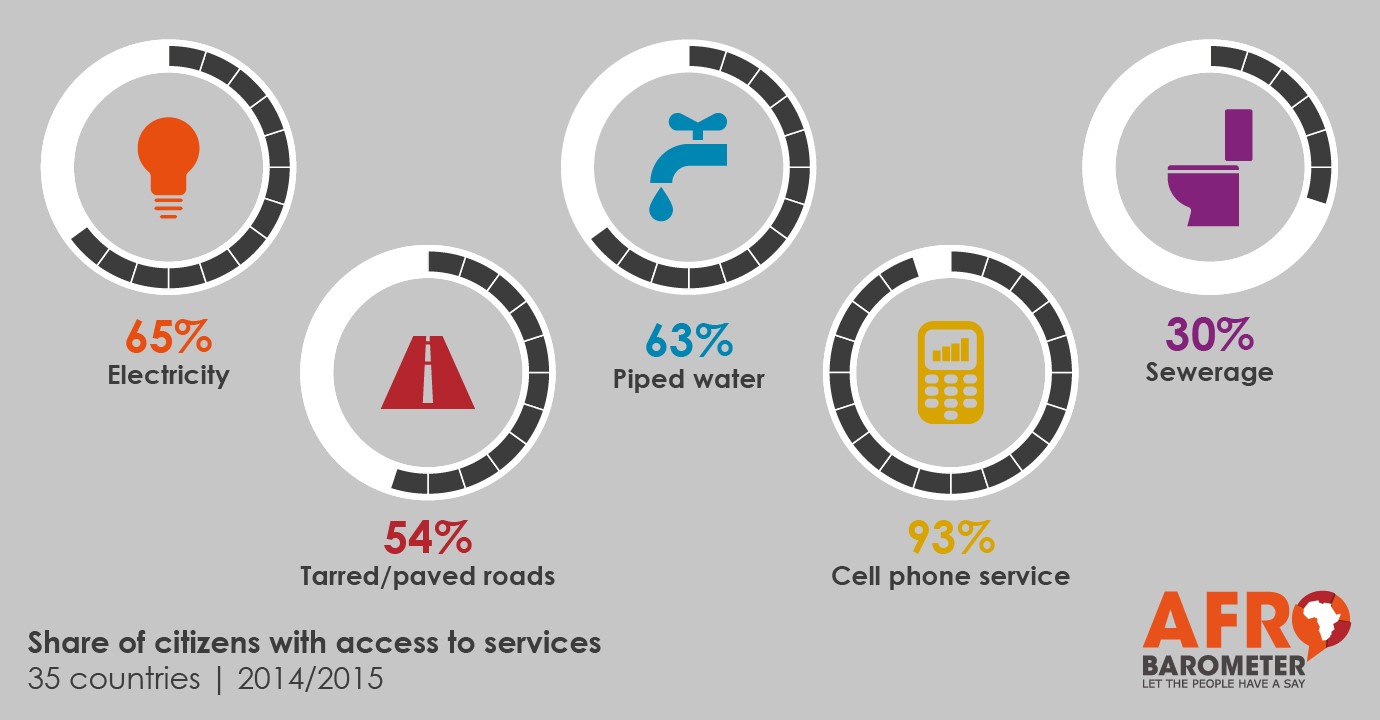