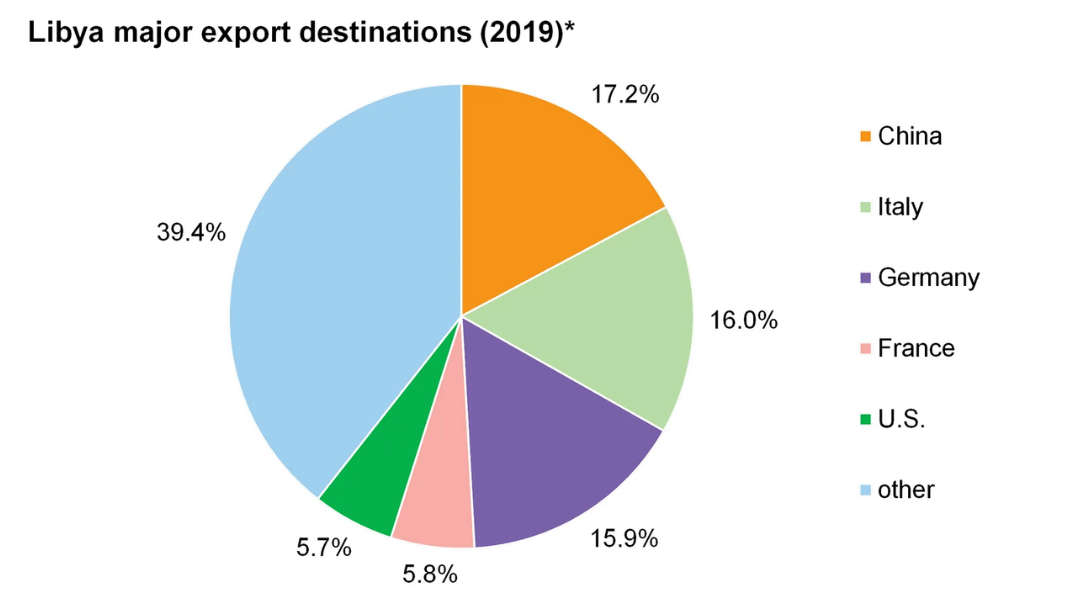 Libya has never been a highly populous nation or a center of power since it is primarily a desert region with some limited possibilities for urban and sedentary life in the northwest and northeast. Libya’s name is a neologism that the invading Italians came up with early in the 20th century, similar to that of its neighbor Algeria (Cordell & Brown)

Libya was thought to have inadequate natural resources and was severely constrained by its arid zone before the advent of oil in the late 1950s. When petroleum was discovered, this position drastically altered because the nation previously nearly relied on foreign aid and imports to maintain its economy. With money from its enormous oil profits, the government long exercised tight control over the economy and made attempts to advance agriculture and manufacturing. It also developed a welfare state that offers citizens access to low-cost healthcare and education (Fowler et al)

For the most part since 1963, Libya has had a positive trade balance. Crude petroleum accounts for the majority of its exports, although other goods include agricultural products, hides, and skins. Farm equipment, consumer items, agricultural products, as well as equipment for the oil and construction sectors, are all imported. China, South Korea, Turkey, Italy, Egypt, and Tunisia, which are nearby, are the nation’s top import partners. Petroleum makes up the majority of exports, which are often sent to Egypt, Italy, other EU nations, and the US (Fowler et al).

Libya has one of the highest per capita incomes in all of Africa. Even though they employed fewer than one-tenth of the labor force at the start of the twenty-first century, oil and natural gas accounted for over three-fourths of the country’s income and virtually all of its export revenues. The petroleum sector was nationalized in the 1970s, and state trade unions and industrial groups controlled the majority of other industries and utilities during Muammar al-(1969–2011) Qaddafi’s rule. The most recent figure for Libya’s GDP per person was 8753.39 US dollars in 2021. Libya’s GDP per capita is 69 percent of the global average (Central Bank of Libya).

Economic policy has prioritized agricultural and industrial advancements to lessen the nation’s significant reliance on oil. But during the 1980s, falling oil prices forced several changes and delays in the development schedule. Beginning in the late 1980s, domestic changes aimed at encouraging private enterprise and liberalizing economic policy persisted into the 21st century (Fowler et al).

Both the environment and labor shortages have an impact on agriculture. One-tenth of the entire land area is irrigated, and only around 1% of it is used for agriculture, primarily on the Al-Jifrah and Barce plains. A further approximately a tenth of the area is used for pasture. Government priorities include the promotion of agriculture through irrigation and land reclamation. The biggest projects are located in the Akhar Mountains, Al-Jifrah Plain, Twurgh, and Sarr oasis areas. The largest initiative is the Great Man-Made River project, which was started around the turn of the century. Water will be delivered by pipelines to Tripoli, Sirte, Benghazi, Tobruk, and the Al-Kufrah oasis from wells in the southern Sahara (Fowler et al).

The majority of important agricultural goods, which make up around 80% of yearly agricultural production, are fruits and vegetables such as dates, almonds, grapes, citrus fruits, melons, olives, and tomatoes, with a little amount of barley and wheat production. The majority of agricultural activity occurs along the shore. Due to a lack of water, inland farming is extremely restricted. Due to a serious lack of agricultural workers brought on by rapid urbanization, Libya is dependent on immigrant farm laborers (Nations Encyclopedia, 2019). 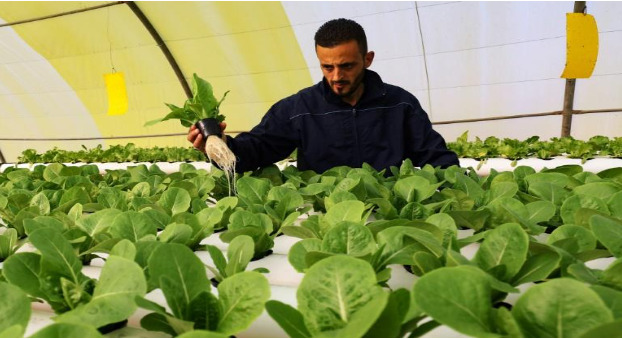 Although it grew throughout the 1990s United Nations (UN) embargo on the nation, industrial growth is modest. The majority of Libya’s factories are run by Arabs and are situated in Tripoli and Benghazi. The industrial sector has a limited labor base, with many factories having fewer than 100 employees. Cement, textiles, and processed food are produced in the bulk of the factories. Petrochemical factories are situated next to refineries, and there are further oil-related businesses that manufacture steel tanks, drums, and pipe fittings.

The Libyan labor force is heavily concentrated in the service sector. The nation’s tourist sector, which was mostly neglected when Libya was subject to UN sanctions, has seen a substantial increase. Government funds were progressively allocated to the construction of hotels and tourist complexes as well as to the development of coastal regions to encourage the growth of tourism.

The majority of workers in Libya are engaged in the service industry, with lesser percentages of the working population working in a variety of other industries, such as manufacturing and agriculture. The state, where many formerly sought employment, is becoming an increasingly unreliable source of income for Libyans. Unemployment rates are often high, particularly among the nation’s youth. Women actively participated in the workforce during the start of the twenty-first century, despite ongoing workplace discrimination. 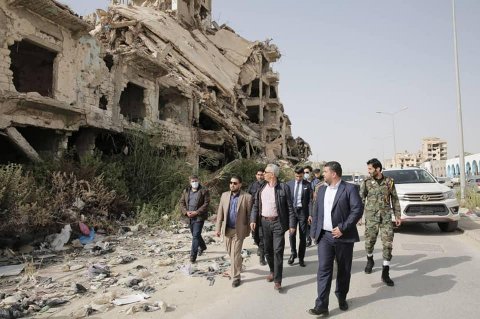 A serious humanitarian catastrophe, involving internal displacement, a lack of access to necessities, and inadequate housing, has been caused by a decade of political instability and the ongoing war in Libya. With a population of around 6.91 million, including more than 447 000 internally displaced people and 585 000 migrants and refugees (IDPs). The growth of unauthorized settlements has put a burden on basic service delivery and the public utility network. In 2021, the urbanization rate in Libya will be 1.74%, with 80.69% of the people living in cities (CAHF Libya, 2021).

Following its independence, Libya experienced a worsening housing scarcity as a result of rising rates of urban migration. After assuming power, the RCC launched a variety of programs to increase access to suitable housing. Funds from both public and private sources were allocated to construction projects throughout the second half of the 20th century to improve housing quality and relieve pressure, but shortages persisted into the early 21st century. On the outskirts of some of the nation’s metropolitan centers, some of the poorest immigrant groups continue to reside.

The economic recovery of Libya is gaining traction thanks to a significant rise in oil production in 2021. Investment and family spending fueled growth on the demand side. The country witnessed several shocks in 2020, including political unrest, a drop in oil prices, and the quick spread of COVID-19. As a result, the economy is expected to have contracted by a staggering 59.7%. In 2021, however, the economy is estimated to have risen by a massive 177.3%.

In addition to the low-base impact, political stability advancements, and the reopening of significant oilfields were all represented in the recovery of 2021. With increases in food costs, primarily imported, inflation rose to 3.7% in 2021 from 2.8% in 2020. An endeavor to harmonize the monetary policy of the central bank with its Eastern branch was started in December 2021.

Although a protracted conflict continues to have an impact on the operational environment of the banking sector, the Libyan dinar was considerably depreciated in early 2021 to align the official and parallel market rates. After a staggering deficit of 54.5% in 2020, the fiscal balance achieved a surplus of 13.8% of GDP in 2021, mostly as a result of an increase in hydrocarbon-related fiscal receipts. The restart of oil exports had a similar effect on the current account, producing a surplus of 21.6% in 2021 as opposed to a deficit of 20.7% in 2020.

Domestic debt will be 155% of GDP by 2020, having risen sharply in recent years. Per the central bank’s reserve asset records, Libya got $2.1 billion of the SDR allotment. Poverty and food insecurity are still major problems in the nation. In Libya, 53% of households could not afford their basic costs, according to the Multi-Sector Needs Assessment for the year 2021.

The prospect for economic expansion is still favorable. According to projections, the economy will expand by 3.5% in 2022 and 4.4% in 2023, subject to political stability, security advancements, and the continuation of oil production. Inflation is anticipated to remain high in 2022 at 3.7% before a slight decline to 2.4% in 2023, led by rising food costs globally. Due to increased oil production income, the fiscal balance is anticipated to show a surplus of 25.8% of GDP in 2022 and 17.3% in 2023. On the back of higher oil exports, the current account surplus is predicted to reach 27.9% of GDP in 2022 before slipping down to 19.1% in 2023.

The spread of a new COVID-19 variant is one of the downside threats, along with political instability, an oil embargo, social instability (more than 1.3 million people require humanitarian help), and societal unrest. To encourage economic diversification and a well-defined plan for rebuilding public infrastructure, the authorities should mobilize domestic resources.

The economic growth and sustainability of Libya are threatened by climate change and water shortages. On the GCRI for 2021, Libya scores 80. Only 2% of the nation’s land area receives enough rainfall for agriculture, while the majority of the country is desert. Climate extremes, deficient soil, and a lack of renewable water supplies all reduce agricultural output. Other severe weather conditions that affect the nation include droughts, floods, sandstorms, and dust storms.

A warmer environment and widespread supply system vandalism led to the complete drying up of the Wadi Kaam Dam in 2021, which decreased agricultural activity. Flash floods and valley runoff in October 2021 severely damaged buildings and forced residents to relocate. Aid was rapidly given to these families by international organizations working with the Libyan government. 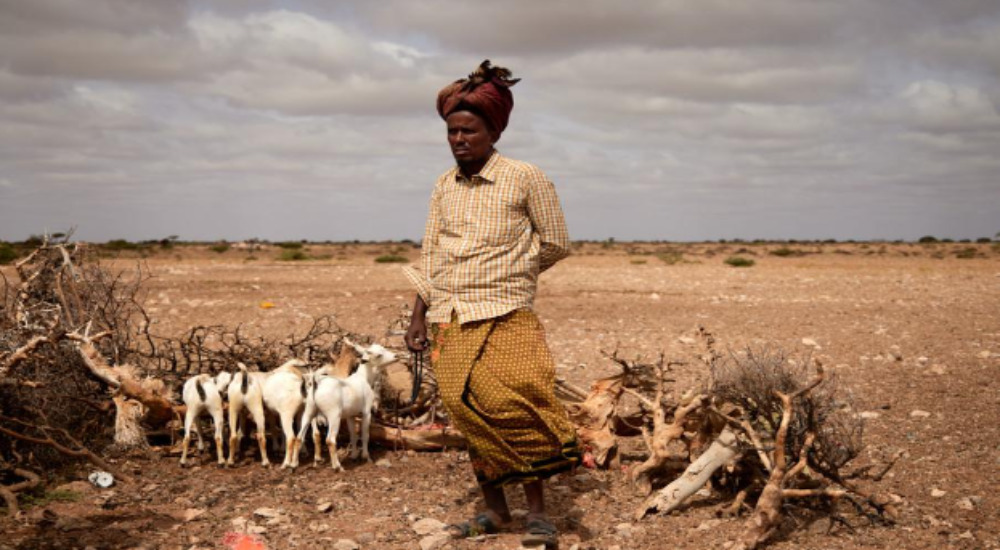 Libya accepted the Paris Agreement in 2021, and the nation is getting ready to create its NDC. The Strategic Plan for Renewable Energies, 2018–30, which aims to generate 22% of power from renewable sources by 2030, governs the energy-related programs and obligations. Libya possesses the requisite financial means to embrace a sustainable lifestyle, but it must improve its institutional ability to address climate change problems. Political unrest has slowed down efforts to achieve SDG 13.

Given how uncertain political and security events are, it is hard to predict economic results with any degree of precision. Libya will gain from rising global oil prices if production and exports go on as usual with no significant long-term interruptions. This would result in stronger fiscal revenues and an influx of hard money. The trade, current account, and fiscal balances will all benefit from this. Short-term interruptions in the wheat supply, and higher wheat prices, which would lead to greater inflation and decreased consumption, might all occur in Libya (World Bank, 2022).

The likelihood of negative outcomes is increased. High political tensions around national elections and competing regimes heighten the possibility of a relapse into violence. Economic activity and household welfare would be negatively impacted by a worsening of the security situation, shocks to the global economy, or increases in the price of commodities globally (World Bank, 2022).

By bolstering the nation’s fiscal foundation, enhancing government transparency, reforming and integrating the electricity sector, and supporting the reunification of important macroeconomic institutions during a historic period of political and economic integration, USAID contributes to national stability and a more prosperous future for the Libyan people. Unified economic institutions that can manage Libya’s resource riches for the benefit of all Libyans are necessary for longer-term economic recovery and stability. Additionally, initiatives must be taken to diversify the economy to lessen reliance on oil and develop a more varied private sector.

To improve the macroeconomic stability and open resource management of the nation, USAID offers a variety of support to the economic and energy sectors in Libya, including technical aid, training, advice, and analysis. To boost economic growth driven by the private sector and a more diverse economy, programs also promote increased trade and investment (USAID, 2022).