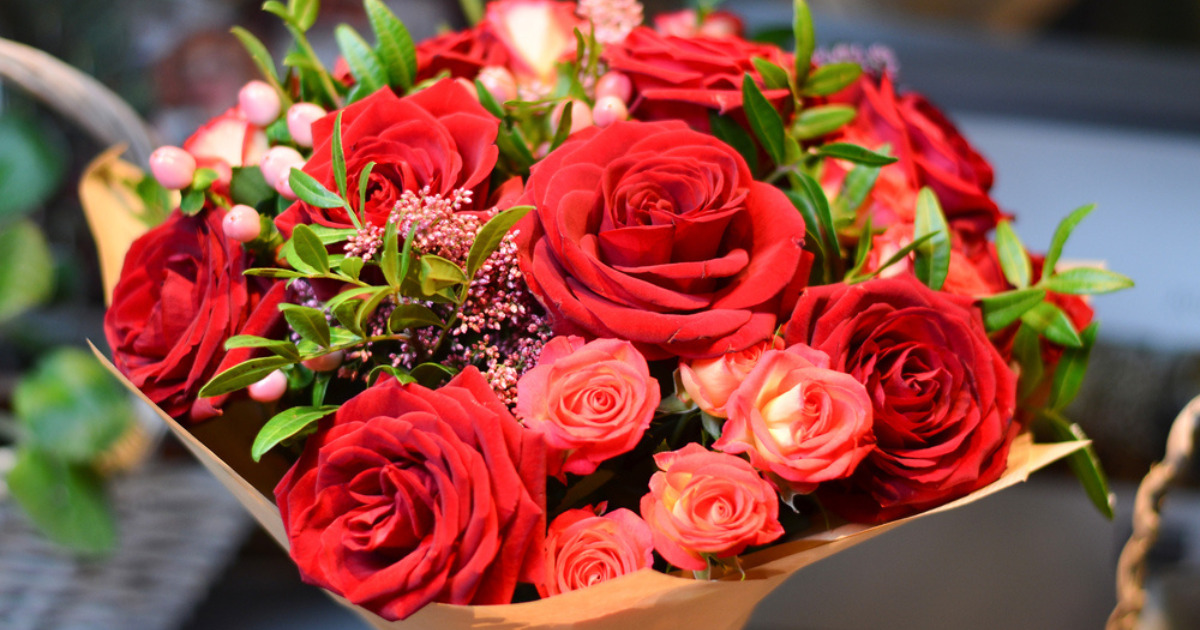 The global market for cut flowers is worth several billions of dollars. Flowers are produced worldwide and frequently need to be sent quickly to remote locations owing to their perishable nature. This sector is predominantly dominated by the Netherlands, where more than 60% of the world’s cut flower commerce is conducted, much of it at flower auctions. Despite being a significant cut flower grower domestically, the Netherlands imports part of the flowers it exports, which then go through auctions before being shipped to other countries.

African flower exports are dominated by a select few species. Some African nations, especially the less developed ones, export roses in amounts ranging from 70% to 95% of their total exports. Dendranthema (chrysanthemums), Dianthus (carnations), and Limonium are some of the other leading flowers shipped (statice). Other flowers (not simply those indigenous to Africa) are widely produced but in smaller quantities (ID Tools).

While Kenya and Ethiopia continue to rule the African flower industry, dominating markets in Europe, the Americas, Australia, the Middle East, and even within Africa, new African countries are rising and threatening to give the market giants a run for their money. A projected 31% of the $8.94 billion worldwide fresh cut flower market comes from Ecuador, Columbia, and Kenya. While most African nations export flowers, Kenya has the largest proportion at 62%, followed by Ethiopia with 24% (Hortfresh Journal, 2022). 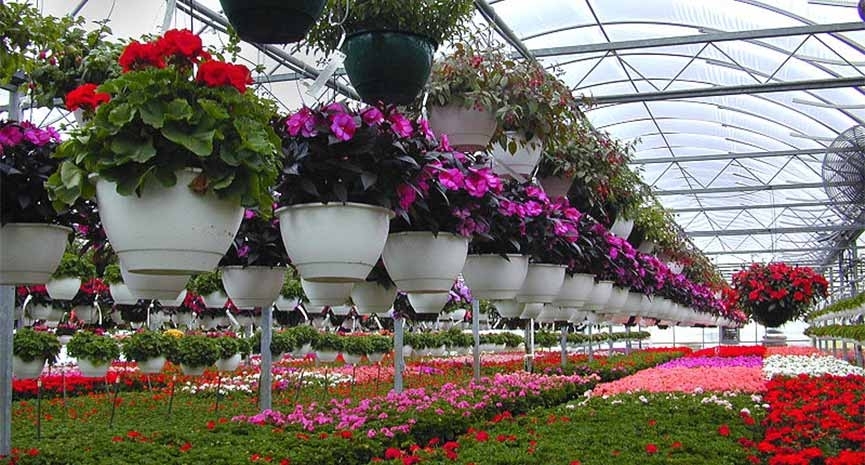 The cut flower business has been booming across the African continent over the past 10 years. The two biggest markets for cut flowers right now are the United States and the European Union. Kenya and South Africa are the two countries that export flowers at the highest rates. The value of flowers sent internationally has significantly grown during the past 10 years. The Global Logistics Network, a global organization of independent freight forwarders, observes that as a result, independent freight forwarders in Africa are increasingly concentrating on perishable logistics.

African flower producers have a choice between selling their blooms directly to consumer nations or exporting them via Dutch auctions. The most advanced cut flower businesses (like those in Kenya) have the resources to sell part of their goods directly; nonetheless, the majority of them are exported to Europe and the United States. However, in less developed African nations like Tanzania, where the majority of producers are small-scale, the Netherlands auctions capture 90% of the production of flowers (ID Tools)

With government support in the form of investments and incentives for flower producers, Rwanda has been one of the growing African nations that have been active in the production and export of flowers. Intending to boost the foreign exchequer, Bella Flowers Ltd., a government-owned flower farm, began operations in 2016. Its original 20 hectares have been increased to current 100 hectares, and it now employs 1,000 people. It is the biggest flower farm in the nation and specializes in rose cultivation (Bella Flowers).
The farm produced over 72 million stems last year, earning the nation $10.2 million, according to the National Agricultural Export Development Board (NAEB). The objective of Bella Flowers Rwanda, which was founded as a strategic investment to advance the floriculture sector, is to become a pioneer of excellence in the production of high-quality roses for export to worldwide markets, according to the company’s website (NAEB, 2022).

After years of stagnation, Zimbabwe is now a force to be reckoned with in Africa’s floriculture sector. The country in Southern Africa was Africa’s second-largest exporter of cut flowers in 2000, after Kenya. Additionally, it ranked fifth in terms of exports to the European Union. The Export Flower Growers’ Association of Zimbabwe said that it exported flowers worth more than $60 million internationally.

The government’s tough export regulations, which were implemented in 2015, were blamed for the exports’ 95% decline to $3.1 million. With the recovery being credited to investments made by small-scale merchants, major farmers, and government incentives, the nation is now trying to strengthen its volumes. On an estimated 350 hectares of land, Zimbabwe grows proteas, asters, and chrysanthemums in addition to the 70% of other flowers that are cultivated there. According to the Export Flower Growers’ Association of Zimbabwe, the flowers are sold to important markets including South Africa and nations in Africa, the Middle East, Australia, and Europe. 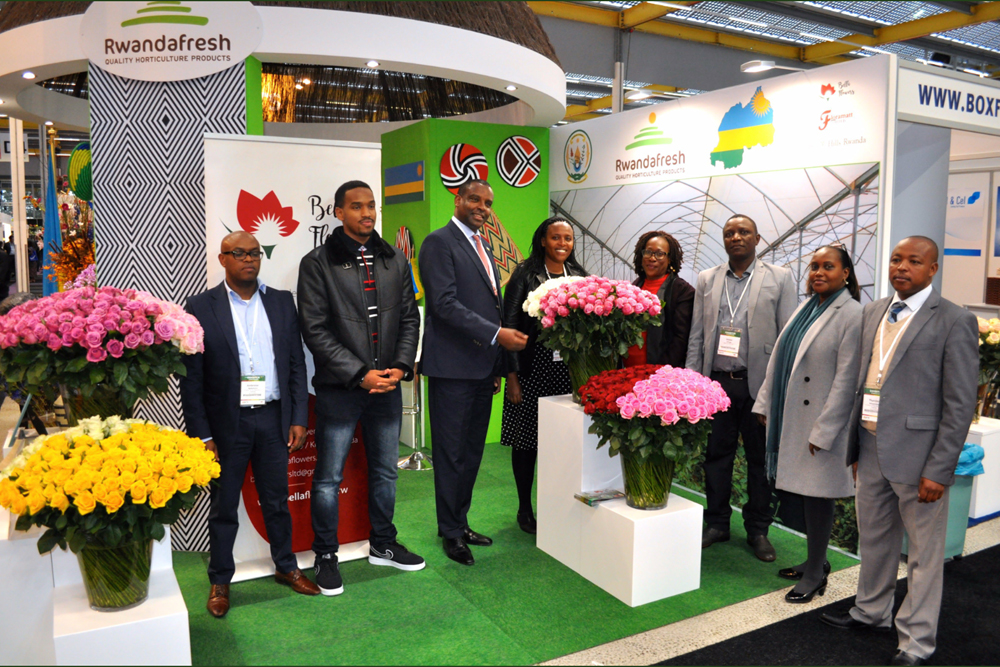 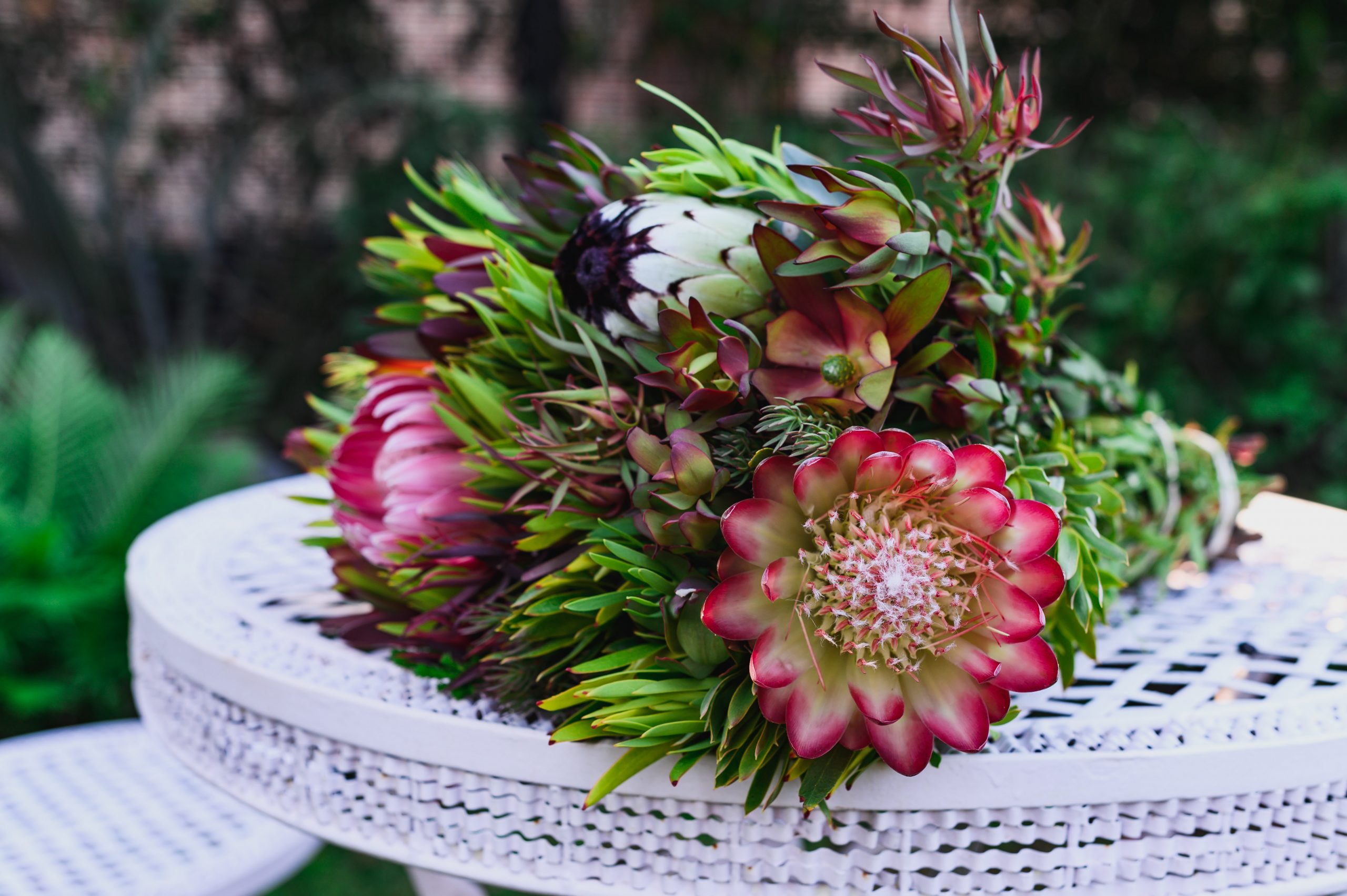 Hansa Flowers is the second-largest producer and exporter of flowers in Ethiopia, which is a more significant participant in the world of floriculture. Over 50 different species of plants are grown there, which are in the highlands of Oromia. It is also known for its huge head-sized Cut Roses, which range in size from 5 to 7.5 cm (Hansa Flowers).

Having increased the area under production from 2 hectares in 1992 to more than 20 farms today spanning more than 192.1 hectares, Uganda has been relying on its floriculture business to boost its national income. According to official statistics, the business provides $30 million in foreign exchange annually and provides a living for approximately 400,000 people. Roses and cuts are the country’s main exports. Pearl Flowers Ltd, which grows roses on 20 hectares of the best volcanic soil, is one of the flower farms promoting the East African country on the international flower market. Athena, Bell Rose, Fushsiana, and Fire Catcher are just a few of the rose varieties it offers (Pearl Flowers). 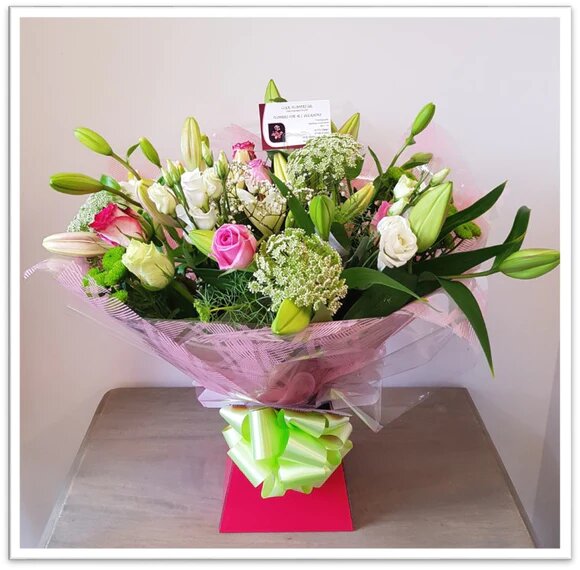 RoseBud Limited, which accounts for 40% of Uganda’s rose export market, is the country’s leading exporter of roses. Every month, the farm exports 12 million stems that are cultivated on 50 hectares of land. Among the important types used in its production are Athena, Labelle, Furiosa, Ace Pink, and Banjo (RoseBud Limited).

However, as more African nations become aware of the rich floriculture market and the need for diversification increases, they are making investments in the sector that has elevated the continent to a position of prominence in the world of floriculture. This has also been supported by favorable climate conditions for flower cultivation, the development of air connections to Europe, Asia, and the Middle East, which have historically shown a need for flowers, and the region’s closeness to Europe, which has made it perfect for cut flower logistics (Hortfresh Journal, 2022).

Japan may not be well-known for its air imports of cut flowers from East Africa. To transport cut flowers from farms in far East Africa to the rest of the globe, a well-established cold chain is required since cut flowers are temperature-sensitive and require precise temperature management. The Kenyan flower industry and the whole floral supply chain have been trying to produce high-quality cut flowers despite the hardships brought on by COVID-19. East Africa’s cold chain development, has contributed to the success of the cut flower export industry (Nippon, 2020). 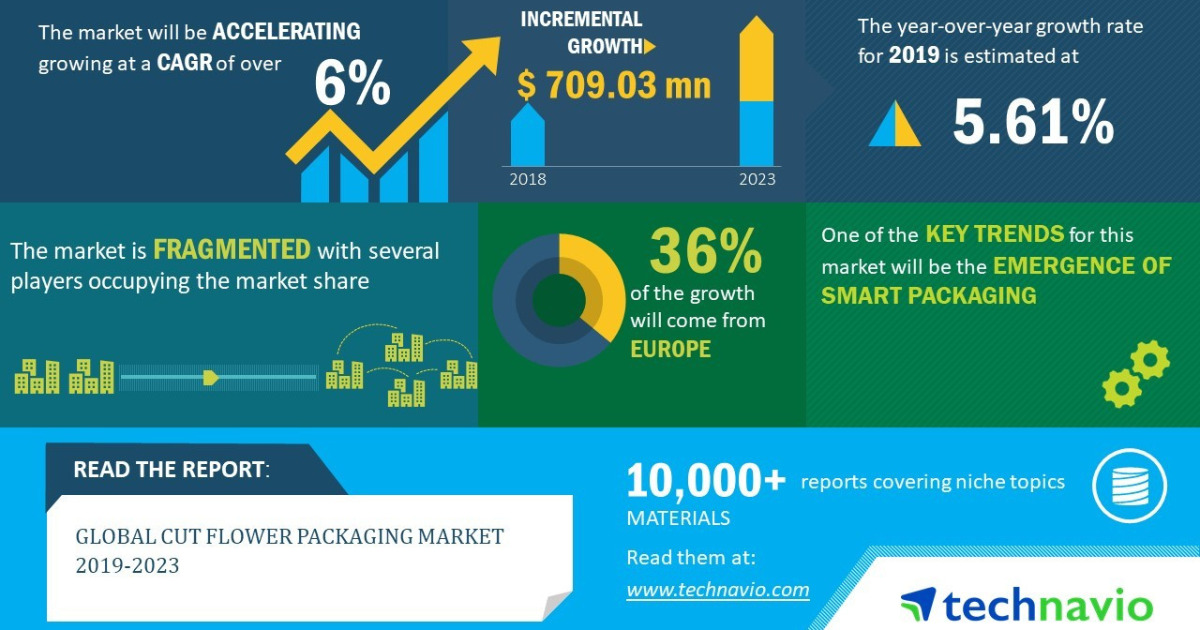 Royal Floral Holland (RFH), a renowned flower wholesale market in the Netherlands, trades flowers from all over the world, including a significant amount of flowers from East Africa. Cut flower exports from East Africa are well known. After the Netherlands, Colombia, and Ecuador, Kenya had a US$ 575 million export value in 2018 and a 6.4% market share worldwide (ranking fourth). Ethiopia also contributed 2.6% of the US$230.7 million in exports (raked at 5th). In terms of demand, Japan purchased 809 tons of roses from Kenya and 344 tons from Ethiopia in 2019, with Kenya serving as the country’s top trading partner for rose imports (Nippon, 2020).

The value of cut flowers is determined by the quality of freshness management. Before flowers are put up for sale, freshness checking begins at farms. It is crucial to maintain a steady temperature during the voyage. Establishing a continuous cold chain, or minimizing temperature changes even in cold environments, is crucial. The flower business in Africa has been helped by a seamless cold chain, which includes the processing of cut flowers and temporary storage at farms, reefer shipping, and airport facilities, to increase the exports of high-quality flowers (Nippon, 2020). 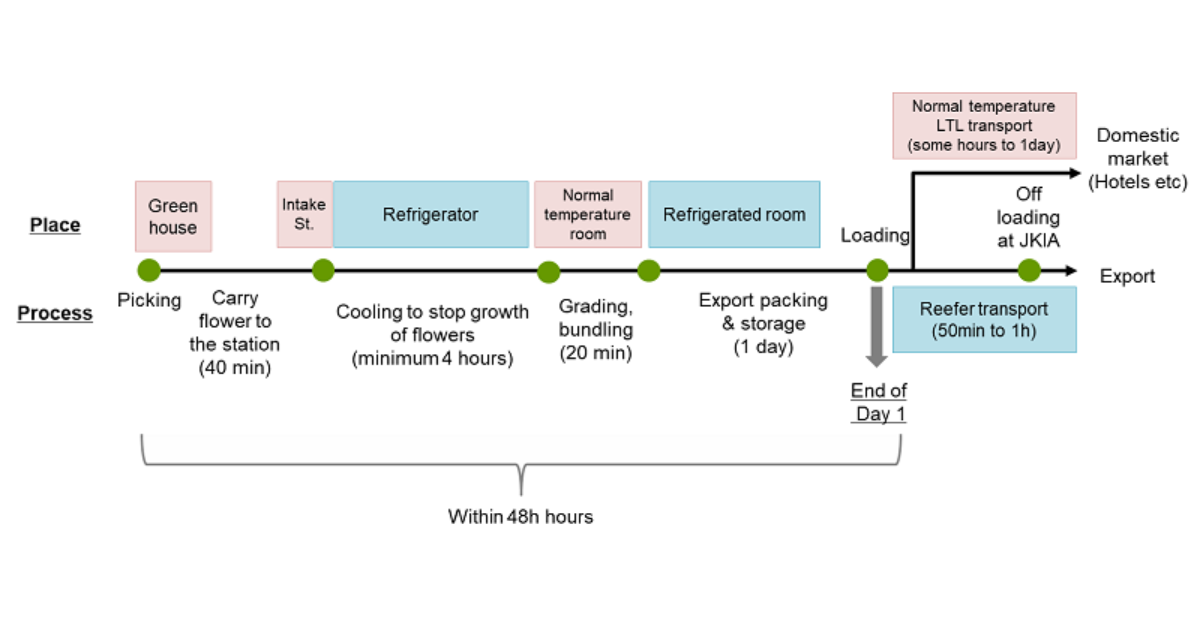 African nations have prospered in their exports of perishable goods in addition to fresh flowers, and today their goods are shipped all over the world. A continuous domestic cold chain with reefer trucks up to international gateways is required for sensitive, high-value items (such as mangos, avocados, green beans, green peas, bell peppers, etc.). As a result, several nations, like Ethiopia, have declared their intention to build a national cold chain that would aid in boosting exports. The expansion of the cold chain and logistics network has significantly increased the exports of perishable goods like fresh flowers. To cut costs, flower exports by sea have just begun in Kenya. We will have more opportunities to view fresh goods and flowers from Africa in our marketplaces shortly if the cold chain and shipping methods are further established (Nippon, 2020).
More African nations will undoubtedly enter the flower farming industry as the world recovers from COVID 19, favorable weather develops, the demand for flowers in both the auction and direct markets takes shape, and the adoption of smart agriculture increases due to the potential benefits of boosting foreign earnings, expanding economies, and creating jobs.

To facilitate commerce between African nations, the continental free trade area will be essential. This will encourage increased agricultural trade, including floriculture, as the various trade restrictions that have limited cross-border commerce have been removed. This, along with developing markets abroad that have shown a strong demand for African flowers from Russia to the Middle East, would support the continent’s floriculture sector, according to Matthew Mwiti, an agriculture economist from the University of Nairobi. 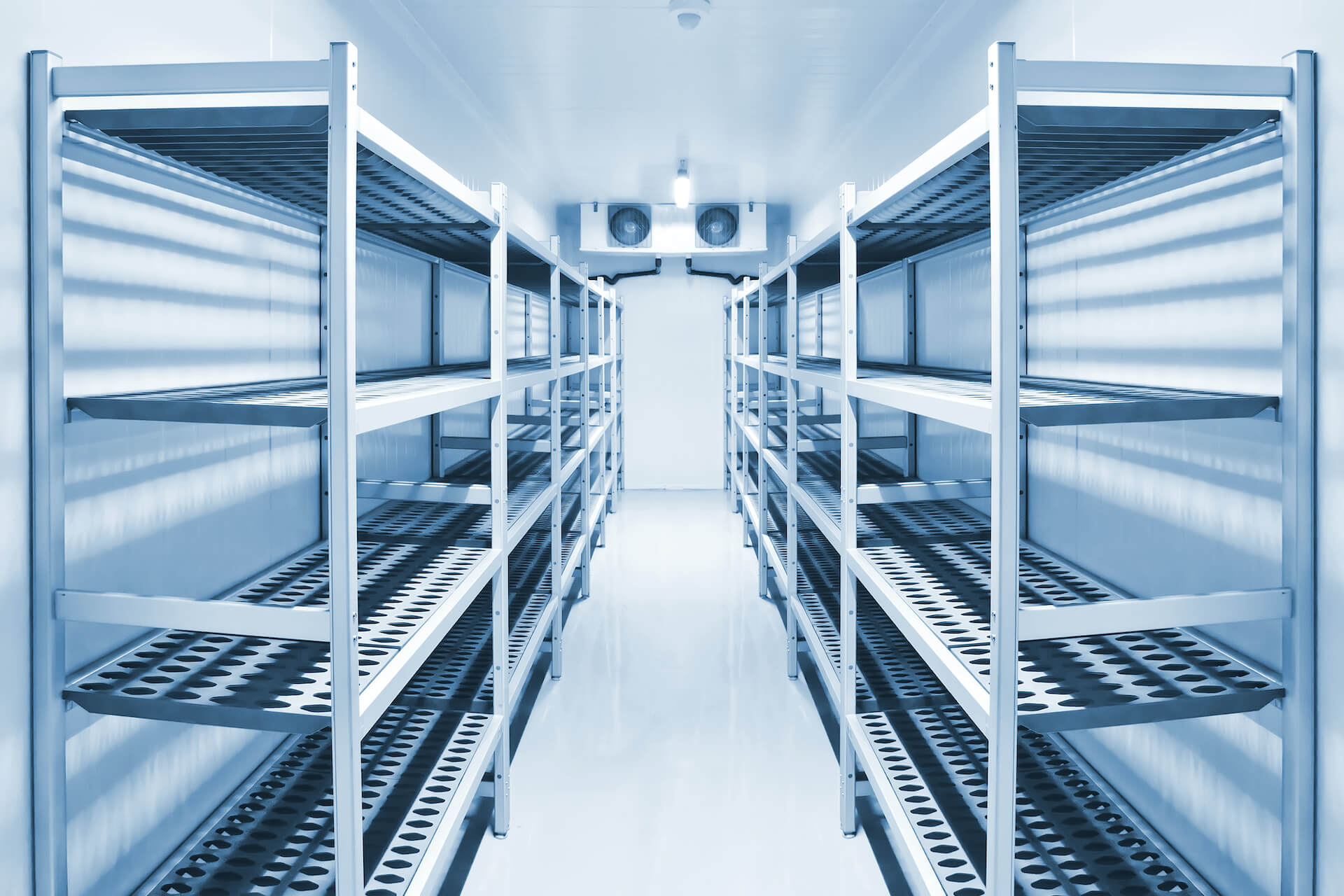