The Sustainable Development Goals were conceived in 2012 during the United Nations Conference on Sustainable Development in Rio de Janeiro, to establish a set of universal goals to address the world’s critical environmental, political, and economic concerns. They took the place of the Millennium Development Goals, which kicked off a worldwide campaign to combat poverty’s indignity. Among other development concerns, the MDGs established quantifiable, globally agreed-upon goals for combating extreme poverty and hunger, avoiding lethal illnesses, and expanding elementary education to all children. The MDGs fueled progress in several key sectors during the past 15 years, including income, poverty, water and sanitation, child mortality, maternal health, and a worldwide campaign for free primary education. The Millennium Development Goals (MDGs) achieved significant progress in combating HIV/AIDS and other curable illnesses such as malaria and TB.

All UN Member States endorsed the SDGs in 2015 as a worldwide call to action to eradicate poverty, safeguard the environment, and ensure that everyone lives in peace and prosperity by 2030. The 17 SDGs are linked together to reflect that actions taken in one area have an impact on results in other areas and that development must strike a balance between social, economic, and environmental sustainability. Countries have pledged to fast-tracking development for those who are the most behind through the vow to Leave No One Behind (Gupta, 2014). As a result, the SDGs are aimed at achieving several life-changing ‘zeros,’ such as zero poverty, hunger, AIDS, and gender discrimination. To realize the SDGs in whatever setting, all of society’s creativity, know-how, technology, and financial resources are required.

Following the landmark acceptance of a new sustainable development agenda by the United Nations General Assembly in September 2015, African leaders chose to act quickly and decisively by creating a Center as a home-grown African institution that would advocate the implementation of the SDGs in conformity with the recommendations of the African Union’s 2063 Agenda. African leaders intended to guarantee that they operate together in pursuit of a common African development agenda by agreeing to build an African-owned center with proven technical capabilities. The Center, which has its headquarters in Kigali, Rwanda, was established in July 2016 to build on Africa’s previous success with the Millennium Development Goals by bringing people, ideas, and technologies together to realize a more viable future.

Data proves that working to achieve diversity and pervasive inclusion (poverty eradication, universal access, and equality) across all layers of the SDG 2030 Agenda necessitates comprehensive and integrated actions aimed at leveraging the skills, possibilities, and identity of disadvantaged people as active participants in the development process (Messner et al., 2019). As a result, the most key contributors to poverty alleviation, universal access, and equal opportunity on the continent are inclusive market systems. Markets that are inclusive and efficient reduce impediments to the factor of production, while country-specific facilitating factors can be linked to improving and sustaining basic service access (Alam, 2017).

The united nations have been interested in economic growth and the well-being of the world’s population over the past five decades. The decrease in inequality has been a common element in all of these socioeconomic endeavors. The terms ‘structural adjustment with a human face,’ ‘our common future,’ ‘inclusive growth,’ and shared prosperity are commonly used in these programs. Like most previous global programs aimed at tackling economic development and poverty reduction, the SDGs 2030 and African Union 2063 agendas now promote the notion of leaving no one behind. Leaving no one behind implies that progress must take place under a set of societal constraints. The goal of inclusion is to integrate vulnerable and excluded populations into the dominant.

In other cases, progress in the many aspects of inclusion is gradual, varies by continent, and is regressing in per capita terms. The evidence, on the other hand, is based on aggregate and macro evaluations and is given in part, and some cases, at the global level. In this report, which has systematic links with numerous goals, the elimination of poverty is considered the ultimate measure of inclusion.

Over the last four years, debates on the SDGs have focused more on the importance of social inclusion, which includes the following five principles: (1) embracing equity guidelines to share in development advantages; (2) including marginalized knowledge in determining development processes and objectives; (3) guaranteeing a social minimum through increased protection for the most marginalized; and (4) enhancing capacity building to assist the most marginalized (Gupta & Vegelin, 2016).

At the local, national, and global levels, social inclusion necessitates the removal of cultural and political barriers to participation. In 2015, approximately 400 million people in Africa were poor (using the US $1.9 in 2011 PPP), while COVID-19 corrected predictions show that almost 460 million Africans would be poor in 2030. This means that the African continent will be home to 8 out of 10 of the world’s destitute. Many African homes are still matriarchal, and women continue to confront specific challenges, making them more sensitive to shocks. Seven of the ten most unequal economies are now in Africa, with the top 10% accounting for more than 50% of national pre-tax income and the poorest 50% accounting for less than 10%. 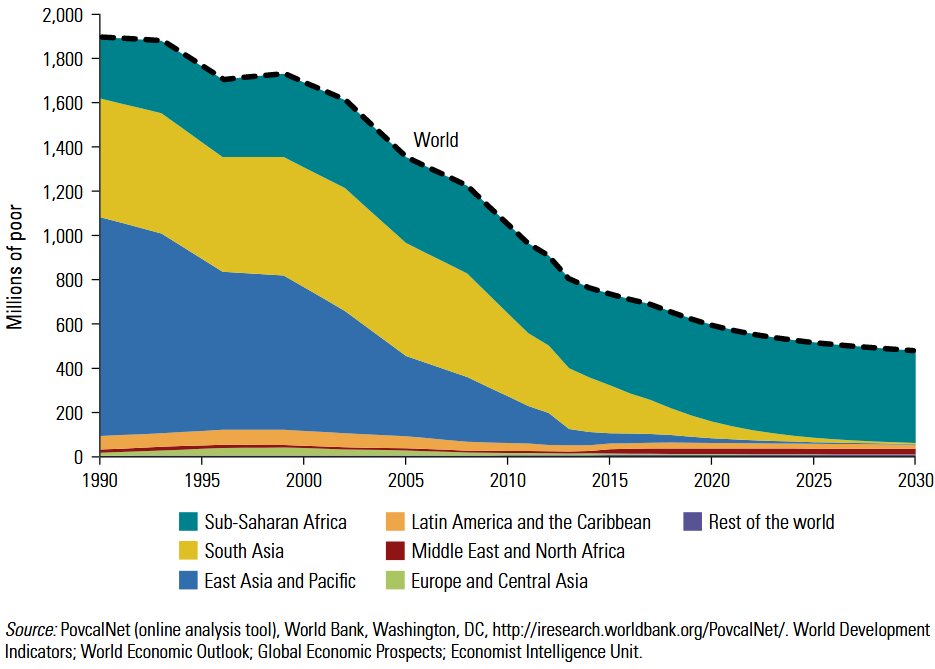 Poverty, inequality, and other forms of exclusion may be found across Africa (Sachs, 2006). Before COVID-19, the poverty rate was predicted to stay over 20% in 2030, however, COVID-19 challenges might drive this figure to 30% or higher. Africa’s HCI score is 0.4, relative to a global average of 0.57, according to the World Bank’s Human Capital Index (WBG, 2019). In 2018, 433 million Africans were projected to be living in severe poverty, with a per capita income of US $1.90 (2011 PPP), accounting for 83 % of the world’s poor. Slower development rates, a scarcity of demographic transition, disputes, and weak institutions, as well as a failure to make economic progress inclusive, might all contribute to this (World Bank, 2020).

An inclusive agriculture sector with a pervasive supply of food, self-sustaining socio-economic opportunities, investments, and resources has the potential to bring economic transformation to groups that have historically been left behind by non-inclusive growth processes, bringing food security, sufficient employment, and higher incomes (Suttie & Benfica, 2016). Access must be gained for the most disadvantaged so that they can share in the benefits of economic progress and fulfill their full potential (Benedict et al., 2014). The majority of Africa’s impoverished live in rural regions and rely on agriculture for their livelihood and nourishment. As a result, the relationship between poverty and agriculture is vital. Financial services for all sorts of agricultural farmers and agribusinesses are critical to unlocking Africa’s agricultural potential.

Poverty, inequality, and social exclusion may all be alleviated by universal social protection, which is a powerful development policy instrument. Only 18 % of Africans receive at least one cash social safety benefit, compared to 84 % in Europe and Central Asia, 68 % in the Americas, and the Asia Pacific area (37 %). The poor coverage is due in part to the vast amount of informal and rural work, which is frequently unprotected by social security programs. Even non-contributory cash transfers have a low penetration rate, with just 9.5 % of the disadvantaged population receiving them (ILO, 2017a). 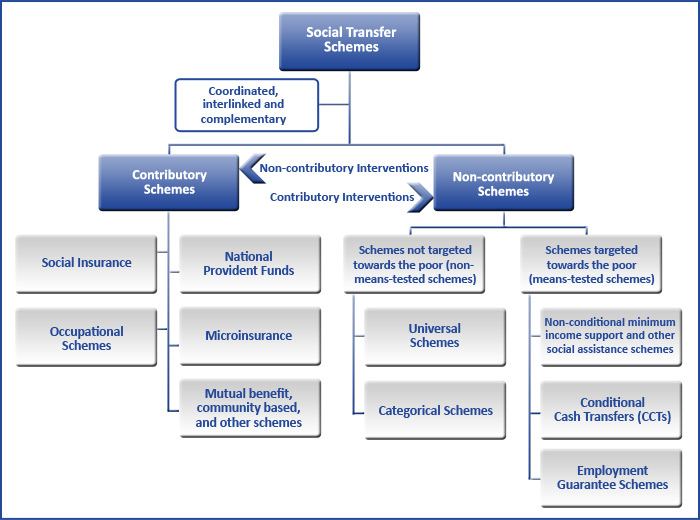 Africa’s development policy has traditionally prioritized health. The only success in other relevant areas will lead to improvements in health outcomes (SIDA, 2019). “The greatest opponent of health in the emerging economies is poverty,” former UN Secretary-General Kofi Annan declared in 2001. Equitable access and widespread involvement are the cornerstones of inclusive health. It encompasses everyone’s health, as well as effective, cheap, and equitable health care (CSDH, 2008). Equitable implies that services are offered according to people’s needs so that those who are most in need have the same access as those who are least in need. Inclusive health strives to reduce health disparities among demographic segments (including vulnerable populations like the handicapped) (Hosseinpoor et al.,2018).

In Sub-Saharan Africa, unequal access to essential services (water, sanitation, energy, and clean fuel, as well as cooking technology) is more evident. Water, sanitation, and modern energy poverty exacerbates all other aspects of poor. When compared to other sub regions of Africa, remote regions are more deprived, and the relative disparity between rural and urban access is wide in Eastern Africa. COVID-19 has had a detrimental impact on people’s desire and capacity to afford for water and sanitation services, making SDG-related targets more difficult to accomplish.

Inclusive education applies to ensuring that all children and adults, irrespective of their skill, age, gender, ethnicity, or other characteristics, have equal access to education. Inclusive education is a response to underachievement in school and a lack of social opportunities for students with vulnerable identities (Slee, 2018).

Indigenous and first-generation children, girls, children displaced by conflict or natural catastrophes, children representing minority ethnic, religious, or tribal groups, children in poverty, and children with impairments are all vulnerable identities. For inclusive education to be sustainable, students must get a practical grasp of marginalization, its frameworks, and civilization (Pearson, 2012). Poverty alleviation, economic progress, and gender equality are all dependent on education. According to UNESCO, each year of learning increases wages by 10%, and this ratio is considerably greater for women.

Infrastructure is a fundamental engine of economic growth and development (Gurara et al., 2018), and a lack of inclusive infrastructure is a social and economic development barrier (AfDB, 2012a). Delivering inclusive and long-term connectivity contributes to the worldwide endeavor to reduce poverty, and economic inequality, and improve quality of life, particularly for the poorest and most marginalized people (Bielenberg et al., 2016). Increased access to key infrastructure services decreases inequality, encourages inclusiveness, and aids poverty reduction initiatives, according to several studies (Bicaba et al., 2015b).

While internet penetration rates have been rising since 2005, Africa’s average internet penetration rate (26%) remains lower than the global average (57 %). In Africa, the cost of internet-enabled gadgets has not decreased considerably. Only 10 of Africa’s 45 countries (22%) have inexpensive internet, falling short by 2.3 % of the aim of a monthly income per capita of 1GB. Many people are turned off by the cost and the inability to use the products to their full potential. Although just 28 % of urban families had access to the internet at home, this was still 4.5 times more than the 6.3 % in rural regions. To enhance internet penetration, policies and frameworks that promote ICT development possibilities should be fostered. 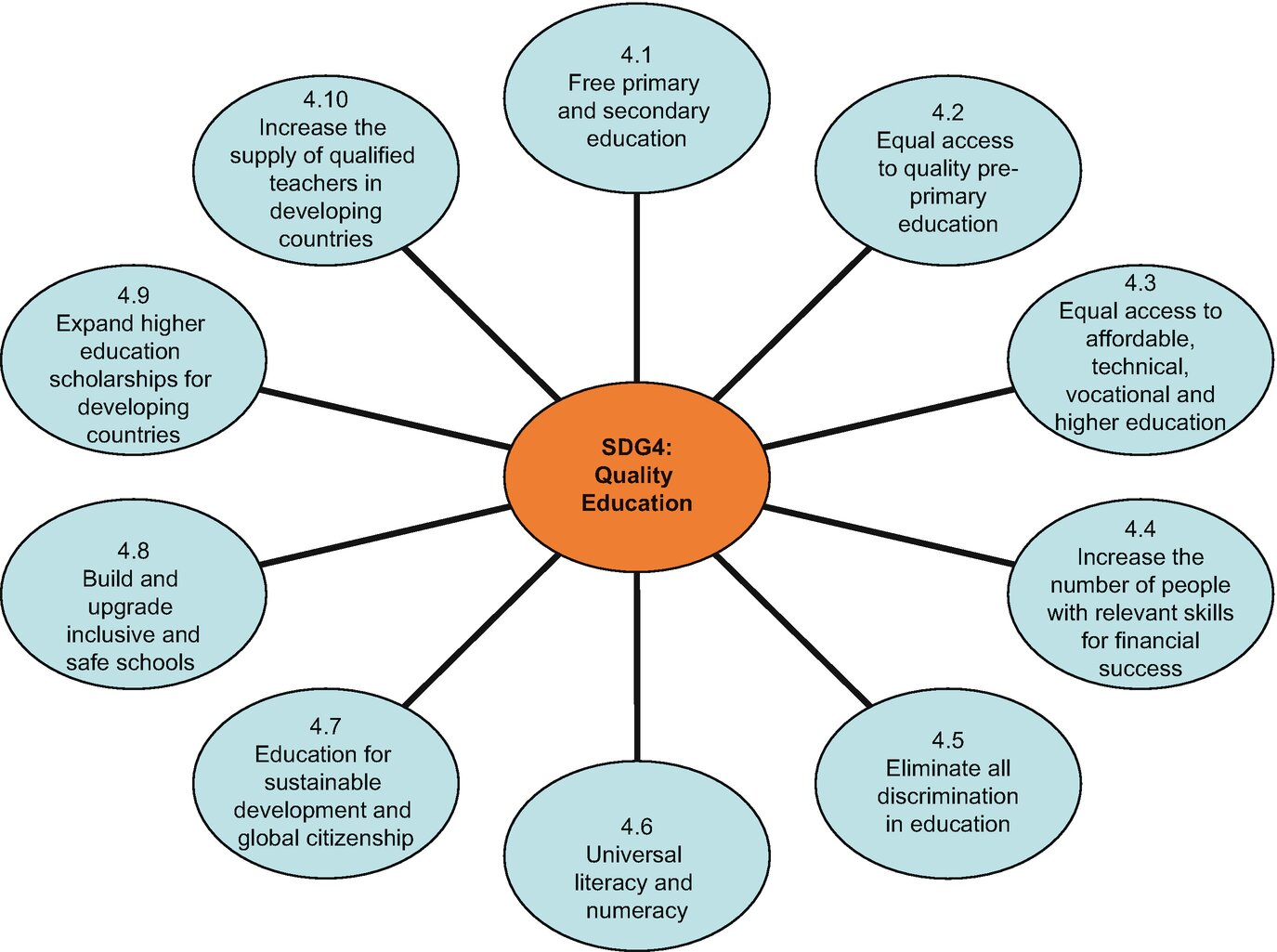 Although progress has been made in financial inclusion, an estimated 6 out of 10 individuals still do not have a bank or mobile account. There are only around 5 branches per 100,000 people, the lowest rate in any place on the planet. Women and adolescents had the worse condition, with nearly 6 out of 10 not having a bank account and just 3 out of 10 impoverished households having one. Prudent macroeconomic policies are still required for economic development, the reduction of inequality and poverty, and the creation of decent jobs. The preservation of the bottom of the pyramid requires earmarked money for social areas. 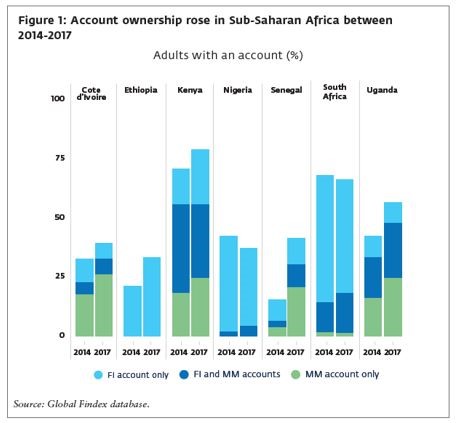 The multi-pronged recommendations in this report emphasize the importance of macroeconomic stability, pro-poor redistributionist fiscal policies, including ring-fenced advanced social protection investments, institutional adjustment via public institutional financial resources, and the development of socially and economically feasible infrastructure investments, amongst many other. These interventions rely on political settings and governance structures that are favorable to structural changes, such as good public capital management (fiscal discipline and efficient funding).