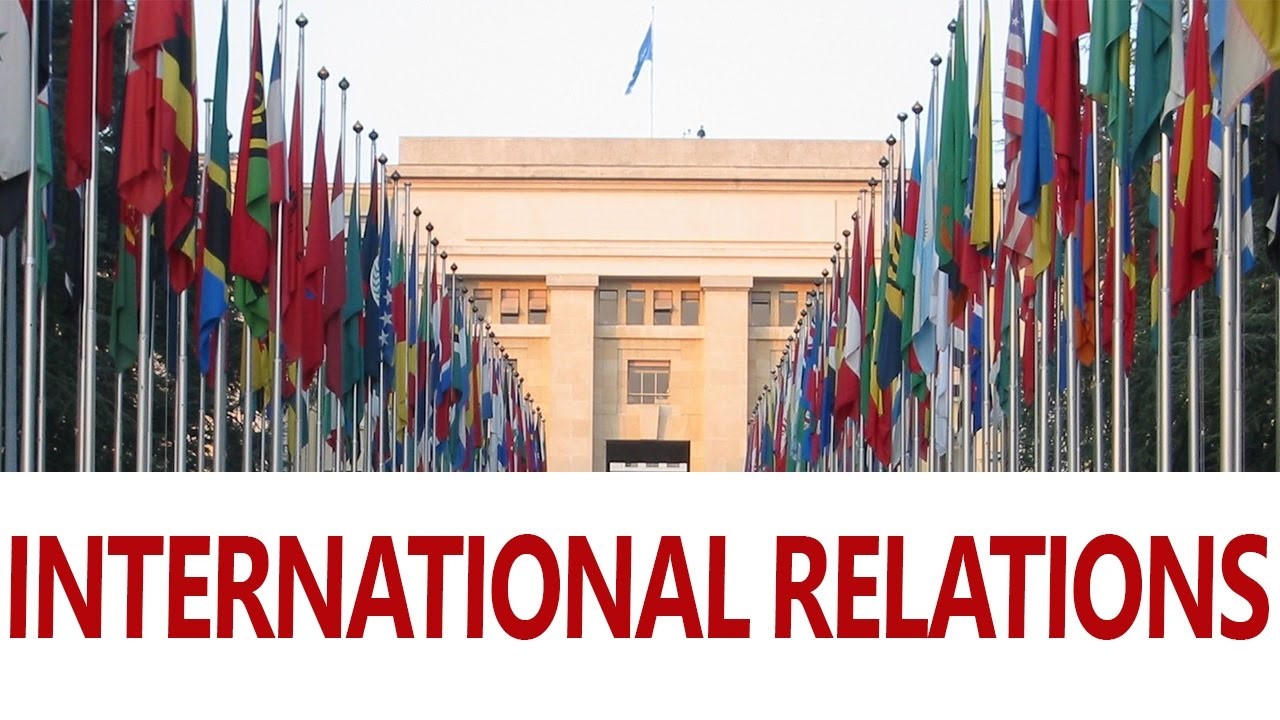 Bill Ashcroft, a postcolonial researcher, tracked three key depictions of the continent in academic articles when he wrote on the status of African studies a few years ago, and the many replies and series of resistance of the discipline to changes in the worldwide environment. The first was defined by an emerging postcolonial agenda in African intellectual thought, which focused on colonialism’s legacies in defining African subjectivities and societal structures, building on early post-independence nativist initiatives and following contemporaneous postcolonial analysis trend

The second was organized around a ‘discourse of Africa,’ which was founded on a certain understanding of what the continent was or wasn’t, and tended to describe it in essentialist terms. The third was an attempt to position the continent’s economic and political impulses amid a changing global reality through a type of internationalism. According to Ashcroft (2002), all of the portrayals had some uncertainty about Africa’s place in the globe, confirming a widely held belief that the continent was mostly peripheral in a larger geopolitical and economic reality.

While the narratives have portrayed a variety of images of Africa—as a developing child, a growing economic power, a potential danger, a conflagration of extremism, poverty, forced migration, and disease—the fact is, as always, more complicated. One thing is certain: Africa’s change over the last few decades has been astounding. Africa is in control of its fate and should be alluded to as an “African opportunity” rather than a “threat” (Signé & Gurib-Fakim, 2019).

Studies and connectivity of governmental and non-governmental entities contribute to a better knowledge of Africa’s political economy and international relations. Africa’s Future in a Changing Global Order: Agency in International Relations, the Africa Program’s flagship conference, was held in Addis Ababa in 2019. Former Tanzanian President, HE Kikwete, gave the opening address at the two-day conference. The program focuses on Africa’s shifting connection with the European Union, and the causes and possibilities of interactions between CEE and Sub-Saharan Africa. Slovenia’s ninth Africa Day Conference was co-hosted by the program in Ljubljana in 2019. Work on UK Policy in Africa examines the UK’s engagements and impact in Africa (Chatham House,2022).

The sixth Tokyo International Conference on African Development (TICAD VI), held in Nairobi in August 2016 and the first on the African continent, was the subject of a Chatham House symposium. A symposium and compendium of the information held before the 2011 India-Africa Forum analyzed India’s contemporary connection with Africa. The Africa Programme is a member of the T20 Africa Standing Consortium (T20-ASG), a group of African and international think tanks that will provide evidence-based policy recommendations to the G20 and Africa. The Program continues to monitor African countries’ participation in global fora and organizations (Chatham House,2022).

The commonality of colonial legacy across the area, as well as the resulting economic and political shortcomings, has allowed for acceptable and useful generalizations regarding African foreign affairs (Khadiagala & Lyons, 2001a). National integration, tranquility, impoverishment, democratization, Cold War rivalry, and the predominance of the major powers were among the early shared concerns connected with the area that drove foreign policy aims (Thiam, 1965). Nearly all African countries have weak and porous borders, which frequently result in challenges such as cross-border insurgents and refugees. These similarities have aided in the development of conditions that allow African leaders to pursue regional cooperation. 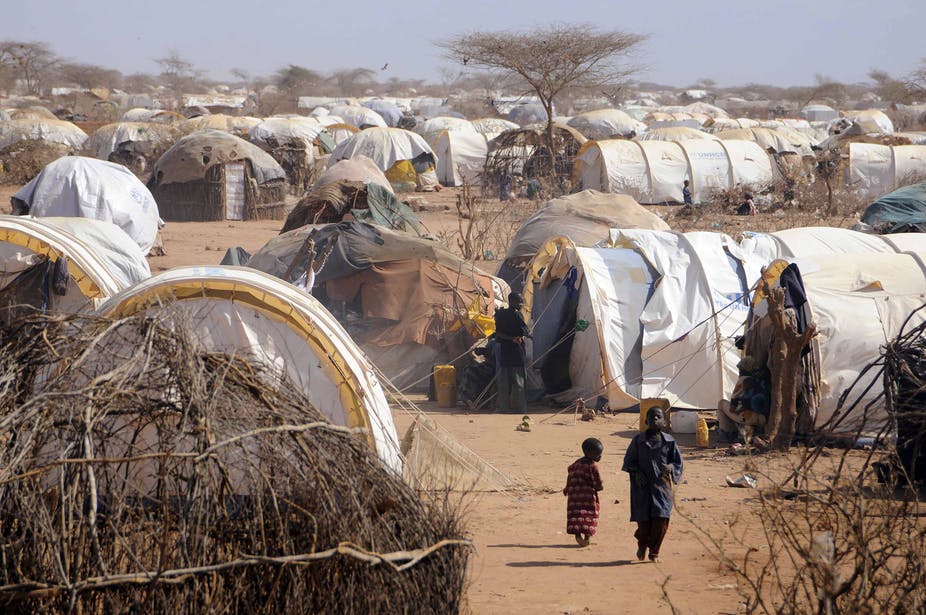 2019 had been declared the “Year of Refugees, Returnees, and Internally Displaced Persons in Africa” by the African Union. This agreement on the need for African-led remedies to forced displacement reflects the continent’s efforts to find a long-term solution to migratory problems. Africa continues to house the world’s biggest population of refugees; Uganda, Ethiopia, and Kenya are home to over 2.8 million refugees. Despite their limited resources, their administrations have reacted promptly and effectively to the surge of migrants from neighboring countries, with the help of international partners such as UNHCR (Signé & Gurib-Fakim, 2019).

Given Africa’s development concerns, it’s no surprise that African countries engage with and rely on international and multilateral IGOs such as the World Bank, the International Monetary Fund (IMF), and other international financial organizations regularly (IFIs). In Africa, the European Union (a supranational IGO) also plays an important role (Brown, 2006; Khadiagala, 2009; Khadiagala & Lyons, 2001a; Taylor, 2010; Taylor & Williams, 2004; van de Walle, 2001).

Over the last few decades, Africa has achieved significant progress in terms of public health. Maternal and child fatalities have reduced significantly, and the prevalence of chronic malnutrition among children under the age of five has fallen by about 10% since 1995. The majority of countries are making significant progress in terms of preventing avoidable pediatric illnesses and infectious infections. Even though HIV/AIDS and malaria persist to have a significant negative impact on Africans, therapeutic options are increasing. Life expectancies and healthy life expectancies are increasing across the continent (Signé & Gurib-Fakim, 2019). Thanks to the international engagements. 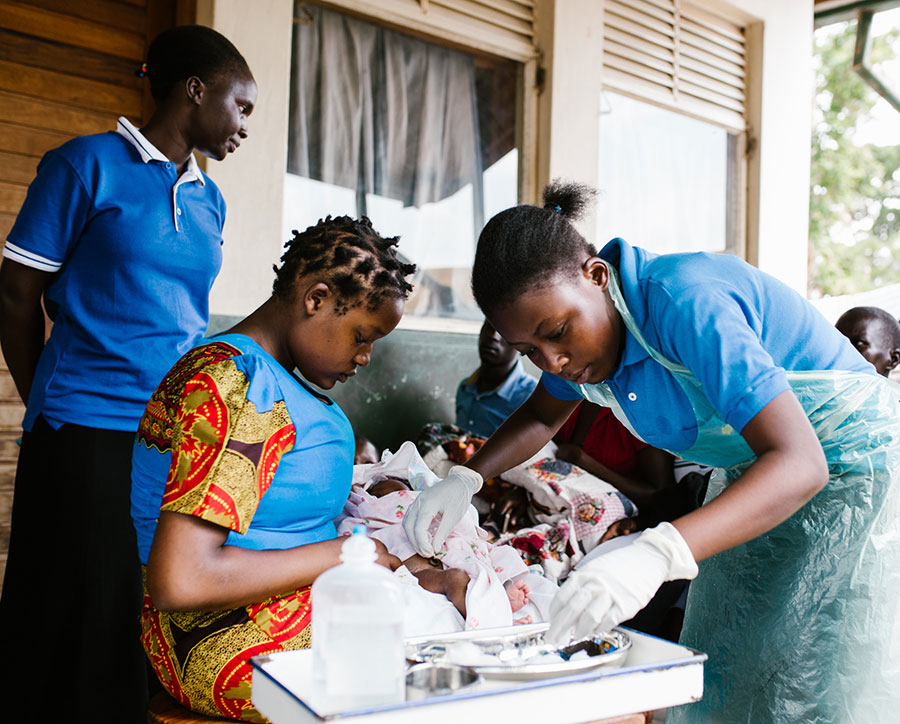 More than 27 leadership transitions have occurred in Africa since the beginning of 2015, showing the continent’s desire for more transparency and democracy. Mauritius, Botswana, Cape Verde, Namibia, and Ghana are among the most politically stable and democratic countries in the world. These countries, along with other emerging democracies across Africa, serve as a source of inspiration for foreign partners, demonstrating that stability can be reached across the continent. The international fora and organizations’ determination to peace can never go unappreciated (Signé & Gurib-Fakim, 2019).

According to CSIS, Africa’s security and governance scene is continually changing, with military coups, civil wars, and violent non-state groups all playing a role. The CSIS Africa Program predicts how these dynamics influence leadership changes, public uprisings, and insurgencies in Sub-Saharan Africa and beyond, with ramifications for regional and international players. The program, in particular, examines security trends such as military forces, reform plans, and bi- and multilateral cooperation. It also places constitutional and military coups in the perspective of the region’s narrow political and civic areas.

Poverty’s nonmonetary characteristics have also improved. Many nations, including some of Africa’s poorest, are on course to meet the Sustainable Development Goals (SDGs) of the United Nations by 2030. The proportion of African children in primary education has risen from 60 million to 150 million since 2000. Adult literacy rates have increased by about 10% since 1995, and the reading gap between men and women is narrowing, thanks in part to substantial increases in gender balance in school enrolment. However, if African nations are to make significant economic, political, and social advances, gender parity must narrow much further, particularly in the sciences (Signé & Gurib-Fakim, 2019). 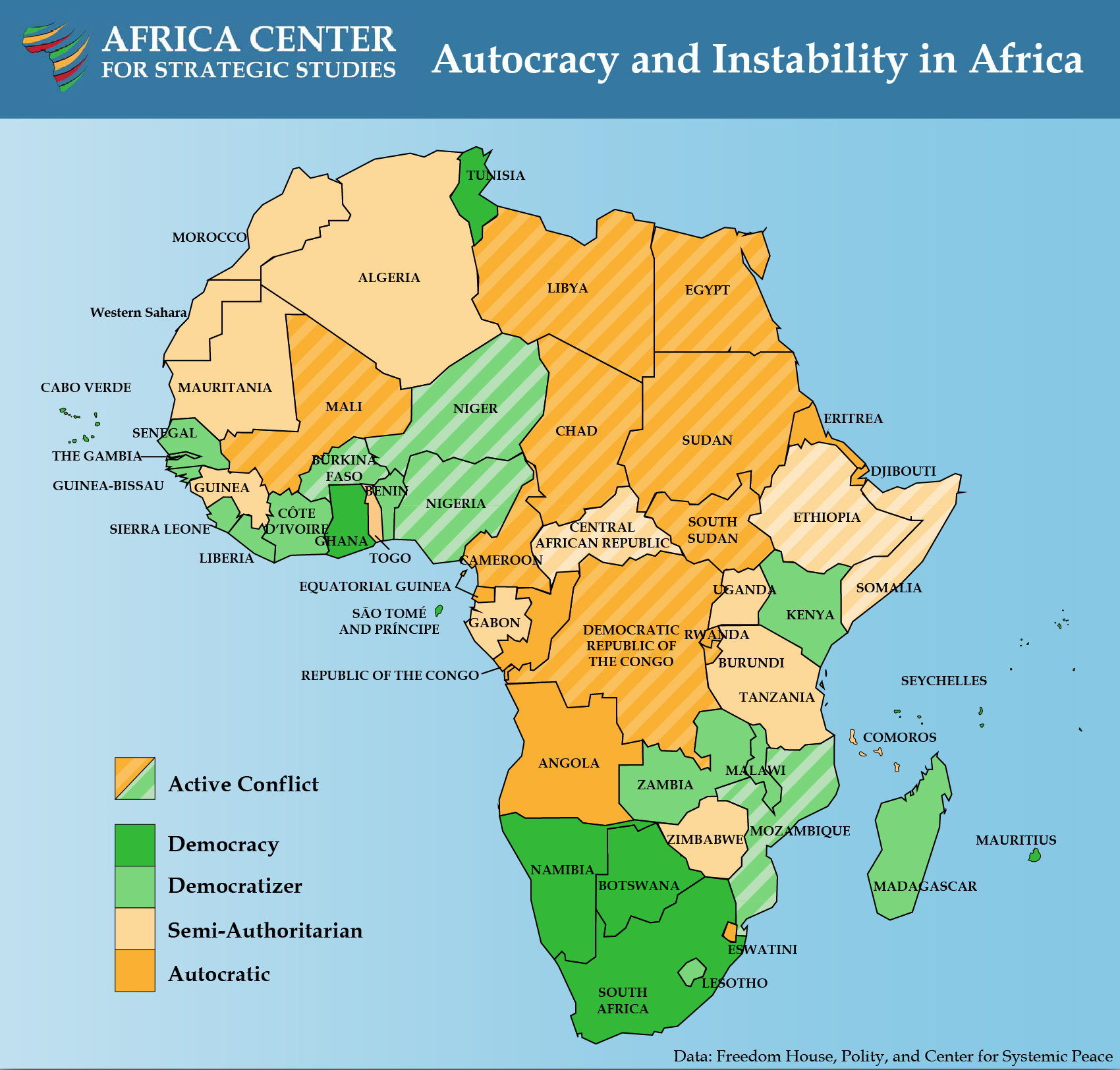 Africa is ahead of the game in terms of promoting gender equality in several sectors. Women hold about one-third of parliament seats in 11 African nations, more than in Europe or the United States. Because African leaders have begun to appreciate the need for inclusive involvement, women, citizens of democratic nations and workers are gaining more autonomy and authority (Signé & Gurib-Fakim, 2019).

African diplomacy and foreign policy have also involved participation in ad hoc multilateral accords like the Lomé Treaty and, subsequently, the Cotonou Treaty (Khadiagala 2000, 2009). Certain agricultural goods and commodities from Africa, the Caribbean, and the Pacific (ACP) were given preferential access to European markets. Subregional concerns, such as how to divide the Nile’s water, have also been a focus of African foreign policy (Adar & Check, 2011). Furthermore, regional development plans have been proposed, such as the Lagos Plan of Action (Taylor, 2005). NEPAD would later reflect a similar African initiative to establish contact with international donors and financial institutions. It was started by South Africa, Nigeria, Rwanda, and others as a regional economic development effort, but with the help of donors (Chabal, 2002; Hope, 2002; Taylor, 2005).

Emerging economies all over the world are strengthening their political and economic ties with African countries to achieve a variety of strategic objectives. The research conducted by the Africa Programme demonstrates the magnitude of the influence that Gulf area dynamics and ties to the Horn of Africa have on regional outcomes. In a paper titled Our Common Strategic Interests: Africa’s Role in the Post-G8 World, released in 2010, options for strengthening the efficiency of international policy toward Africa in the post-G8 world were examined (Chatham House,2022).

Ignoring this progress is myopic, but accepting it does not free us of the obligation to continue pushing toward faster and more beneficial outcomes. Governments, communities, and organizations on the continent and throughout the world will be better positioned to address difficulties and promote good trends if they see Africa as an opportunity rather than a danger (Signé & Gurib-Fakim, 2019). 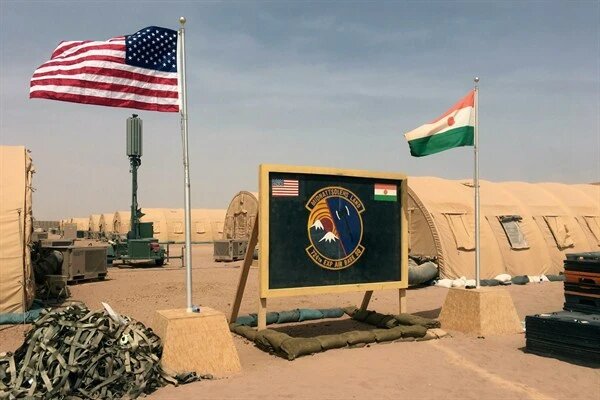 Despite the Trump administration’s announcement of an Africa strategy in December 2018, there is still a huge gap between the aspirational vision and the tangible steps required to make it a reality. As China, Russia, and other states try to fill the policy vacuum left by the United States and other Western nations, U.S. interests in the area are being eroded. Admittedly, paying attention to what matters most to African citizens is not a typical priority in the formulation of US foreign policy; however, if the US is serious about adeptly neutralizing China’s $10 billion soft power initiative and competing with other global players, it must pay close interest to African desires and policy priorities (Gyimah-Boadi et al.,2020).

But all is not lost for the U.S. programs, as The African Growth and Opportunity Act (AGOA), the President’s Malaria Initiative, the President’s Emergency Plan for AIDS Relief (PEPFAR), Power Africa, the Millennium Challenge Corporation (MCC), and the Young African Leaders Initiative (YALI), among others, have made their mark, and such initiatives provide a roadmap for charting a foreign policy course that aligns with the aspirations and values of African publics while remaining consistent with American interests. In a nutshell, this policy is a logical way for America to become a more competitive global actor while also maintaining its geopolitical goals (Gyimah-Boadi et al.,2020).

The results of the Afrobarometer polls show that Africans are generally supportive of democratic values and accountable governance. In reality, public support for key democratic ideas and establishments has remained relatively consistent or risen over time. As a result, even if it irritates current authoritarian governments, a values-driven foreign policy that strengthens democratic principles and accountable governance are likely to gain public support throughout Africa. In contrast, even if tyrants profess to deliver successful government, the US should maintain a high level of caution in engaging with them (Gyimah-Boadi et al.,2020.

Africans would embrace U.S. diplomatic and humanitarian initiatives focusing on employment, health, infrastructure, and education the most, and this will help handle complicated challenges including fragility, insecurity, violent extremism, and illegal immigration. Democratic values and accountable government should also be a priority of US initiatives, both because they are overwhelmingly supported by the African population and because they will inevitably improve US business involvement with the continent. Without needing to match China’s $60 billion in loans, assistance, and broader financial support to the region, such a strategy would be efficient, effective, and impactful. Overall, including the citizen viewpoint in U.S. foreign policy toward Africa should be vital because it makes America more viable on the continent and enhances shared U.S.-Africa objectives (Gyimah-Boadi et al.,2020).

As the North enters a moment of uncertainty and begins to recede from constructive global participation, Africa, which accounts for one-quarter of the world’s nations, may contribute to international relations theory and practice. Each player having a presence on or care for the African continent, including states and non-state actors, pursues a foreign policy that reflects their interests, frequently in collaboration with others. In international development and growing powers in Africa, East-South ties and a non-Western world, as well as Brazil, Russia, China, India, and South Africa, are critical (Oxford University Press, 2022). 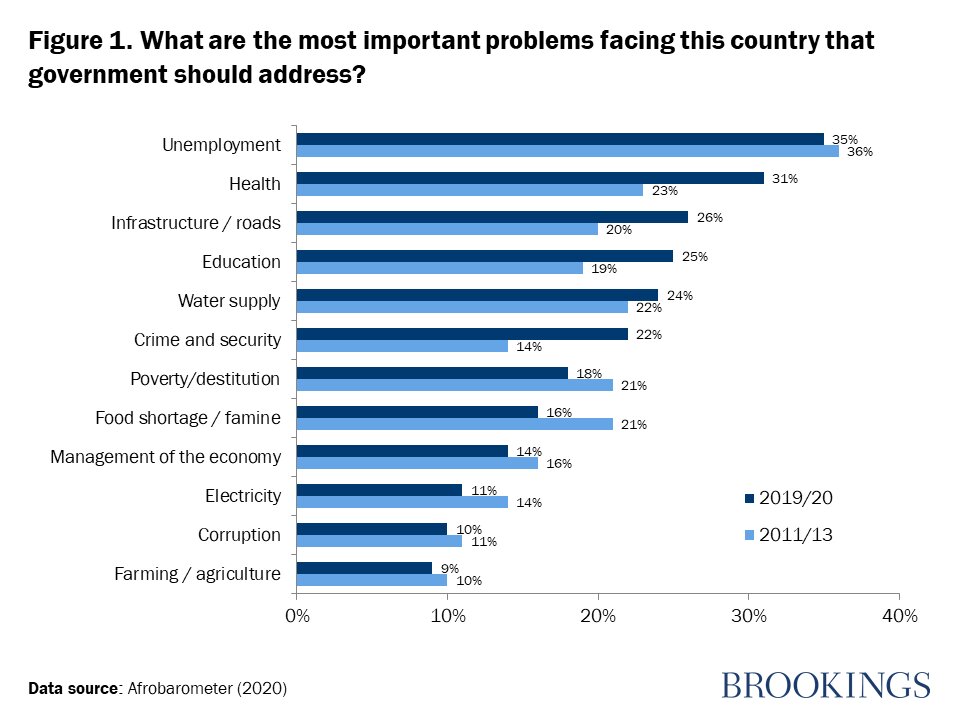 Furthermore, young African leaders are not avoiding the issues that still exist. These leaders are forging ties with the diaspora, bridging the gap between Africa’s potential and the rest of the globe. They are demonstrating that Africa is neither a danger nor a failure. Signé and Gurib-Fakim (2019) define Africa as an alternative that is being molded by and for the African people.